White
Sign In · Register
Home › The Sims 3 › The Sims 3 General Discussion
February 14 - It's Friday. What does that mean in The Sims forums? Time to highlight some awesim discussions!
February 14 - 3rd vote results for the Community Stuff Pack are ready!

Two technical questions regarding sims' age and the Science Center 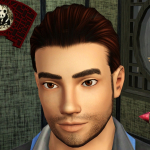 Turjan Posts: 760 Member
August 2019 in The Sims 3 General Discussion
1. Is there a way to turn YA's back into teens, and if so, without breaking the game?

2. I already knew I had to remove the hedge in front of the Sunset Valley science center, because sims constantly get stuck in there, but it seems to be bugged on a more basic level, at least if you use it with the school module of the NRAAS Career mod. Can anyone suggest a replacement for the Sunset Valley science center that definitely works with the school assignment?
0