All About The Harps 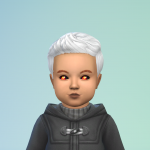 RedDestiny92 Posts: 5,848 Member
July 2019 in The Sims 4 Challenges, Stories and Legacies
So in the spoiler is a recap I guess of the Harp family I have been sharing them a while in the what happened in your game today thread but they were on hiatus as I had another save and they could use mods I hadn't put back in game yet. I shared this there and I'm seeing a glitch with text on my end so we'll see if it works.

The main point I did the year I wanted with the Merrit-Gaines crew and still use that save but I planned to the same with an average family on normal. Their year is almost up and I"m not done sharing...so you're coming in for the end of one see what happens in the second which is why I used the post again for catch up if you wanted it.

Maximiliano Harp the first born of the second generation maybe a little moody it's been so long, in fact it was still Easter and their house was still a mess from the party they threw for the family. Ri is a little less jumpy though after being abandoned by her parents, Lily and Victor the abandonment issues still live on in the back of her mind. She's just at ease with Max close by and their twins Damon and Georgia Felicity...or Felly J(unior) named for her "dead" aunt Felicity. He's doing well in the military after a long run in the scouts his entire childhood.

See it's been so long I forgot to check he dryer, Max ran and got his daughter...guess he's reliving the memories of "losing" Felicity once....yeah, it was fine though.

Damon is good and they went to bed peacefully....enough lol.

Moving back to the original main house Demi is...perhaps convincing her mother they need an even bigger tv, they could move the flatscreen into Chris's mancave it was his Christmas present after all. Chris and Alex were made mine eventually but again they are from the get famous trailer, the twins are their final babies.

"I'm telling you, twice the size and HD we'd never leave....what are you doing..?"Demi started.

"Trying to mute you...but the button seems to be broken." Alex teased.

Well Raven back here seems to think it's funny.

"Hush you no comments from the peanut gallery."

She really only earned more giggling. 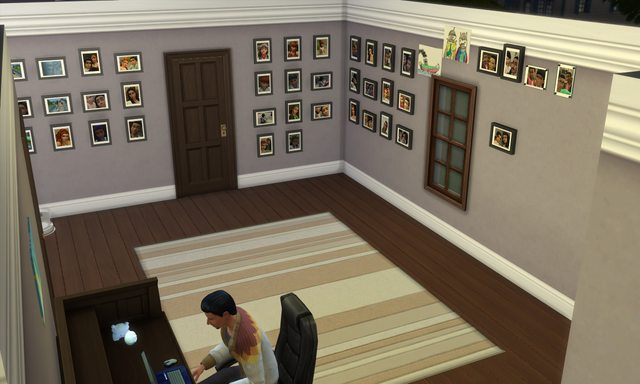 Now Chris is upstairs surrounded by memories the family moves on but has always been close, the loss of Felicity hangs over the family the healing process is a long one as it goes. Chris and Alex's celeb status doesn't help much either everyone remembers their middle daughter and they are often reminded of her by strangers that really have no idea what they are going through, bittersweet.

Never the less Alex thinks it's time for a cleanse wondering if one of the twins will be the next trailblazer in the family, they will be elders soon so it's time for them to step back.

as much as his phone that he had just put away.

"Still glued to your phone dad?"

"Forever, and I want to be buried at a mobile hotspot where everyone texts their speeches."

She huffed at the idea of losing either of them.

"Such an angel I have, all you kids."

Moving back again to the second born son, Boston and his wife? I think they are married...I remember the engagement lol, so Ella here used to be a much paler sim, I didn't check till she needed a makeover but she had a skin on so I worked it in. her crazy mother is one of the usual infected so in her paranoid way she always protected her kids with drills and name changes anything extreme it was hidden but with her place in the military people listened or rather they humored her. Boston only met Ella...then someone else as her parents approved her going on a double date with a kid they were familiar with he needed "hidden classes" too. Boston conned Fel into going and that's that. He went into hiding so her mother could approve them reentering society on her terms so to speak, this split up Ella and her siblings but it was fine. She's just as paranoid but with more of a solid grip on sanity and reality than her mother she still keeps a basement for when her nerves get the better of her.

Boston loves her all the same.

Approved for a real life, Ella decides after seeing Ri pregnant that she wants a baby soon, Chris's boys are smooth...lol anyways Boston finds that they will have a chicklet or two of their own.

Lastly moving to the "late" Felicity she was abducted by the boy's...Mark's..aunt Lilith who grew concerned as the head of the remaining vampires, Vlad, found that Fel didn't know about vampires. He didn't want stray humans hanging around as it only attracted hunters in the end, in the past. Lilith used her powers to convince her family she was dead, and warned Fel there was no longer any escape. Not that she didn't try and I didn't mention that but Lilith was always there to stop her. Mark "helped" by showing her her own obituary to prove his aunts words she was trapped.

Fel wasn't happy, but her hands were tied, she blamed Mark for some time after, it helped meeting Vlad and Brytani's daughter Jill but only so much.

Mark is the product of a brief love between Caleb and Vanessa though her memory was somewhat dealt with as Caleb was given a chance to be without as his real love Candi got to know the truth. he kept secrets and distance left Vanessa time to find real love with Marks stepfather.

Then there is Ben here Caleb and Candis son he's got a thing for Jill.

"what are you messing up here?"

Mark only rolled his eyes.

"It's Fel's birthday..I wanted to do something for it."

"Even though she hates you?"

"Good luck with that."

Mark was glad he left willingly but his mood was soured a bit, she was still his everything as it were.

"what are you doing here Jill?" Fel asked.

"I'm here for you, lets get to the kitchen."

"And close your eyes!" Ben called.

"We're not going to hurt you Felicity, we want you to be happy here,humor us?"

Mark set the cake down telling her to look ..... she was surprised to say the least.

She'd almost forgotten since she couldn't see her family, they would have pulled her out of bed and dragged her to the kitchen to celebrate, she sniffed missing them.

"I Know okay....it's not the same but I thought maybe you'd like it..." Mark mumbled, for the first time she felt bad for blaming him and it wasnt as if she stopped loving him.

She caught him by surprise next.

"UH...y..you're welcome." he stumbled over his words as she thanked the rest of his family too.

Candi was just glad his idea worked even if part of her understood Fels pain. Willingly or not she lost family too.

Granted she did still have to join it officially, Mark too as he refused to turn till she did, Ben is a little paranoid to.

"you'll get it too..." Mark spoke, as if in a trance...Ben wondered if Jill could do it for him instead her fangs were smaller..

she sighed again, shaking her head.

"I'll never stop missing my family but I know its not your fault, so we're good, but no more secrets or I will train bats to hunt you down.."
He chuckled but knew it wasn't completely impossible and nodded.

"Deal.....I love you Fel, you're not alone here." it felt like it but she smiled all the same.

"I love you too Mark...I'll try to keep that in mind..whether I'm alone or not I mean." he nodded, for their mini feud ending he'd take that and be satisfied and he didn't want to make bold promises but he was determined to let her see her family again if he only knew where to start.
Reddestiny921 on the gallery...still not sure if I capitalized the second d..lol
All the sims err'day