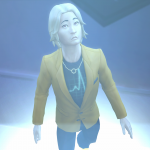 NoirStasis Posts: 243 Member
June 2019 edited July 2019 in The Sims 4 Game Feedback
Before I get told I'm not posting in the right place please read what I have done so far:

-I tried reporting the bugs in the Answers HQ, but I can't ( either my account is too young or the submit button is broken, because I tried on my phone and my laptop; an error message doesn't even show up for me, the submit button is greyed out ( I did make sure the form ended up as body copy below * I copied it to show as proof I tried to send it, I previewed before I hit the submit button), and the page does not load after I hiting submit and there is nothing wrong with my internet I have Fios, the highest tier and I'm near two major cities)


This is why my game is unplayable and why I am not happy with TS4 on console right now:

-Sims everywhere stop what they are doing and you can't do anything to get anyone to start moving again. it might take half a Sim day till everyone starts moving again; my biggest problem

-Get to Work no one is in their uniform including the household Sim whether you follow them to work or not. Men even show up in dresses to work; my second biggest problem

-The music overlay ( 2 different tracks during loading screen start to play and wont stop/while playing and going to build/buy mode two tracks start to play over each other); my third biggest problem

-Sims wont clean because the game believes there is no trashcan, sink ,or dishwasher when all of the above is available in the kitchen.

-Weird stretched out arms when Sims give each other hugs

-Spa Day massage chair is fine for the first hand/foot that gets worked on, but the second gets a weird no touching air massage

-City Living festivals get stuck on top of each other/ do not disappear ( some people say this happens when you attend the festival and leave early, but my Sims were just visiting a lot the festival happened to be on or were living in the same lot the festival was occurring)


This is the report I tried to put in as a first step to letting all of the problems that are occurring in my game be known:

Which language are you playing the game in? English

Steps: How can we find the bug ourselves?
I have added a video; I do not use cheats in my game and look more into the City Living pack causing the major problem

What happens when the bug occurs?
BGM of loading screen does not stop once game loads. If you go to build/buy mode, that music will overlay on top of the loading screen BGM and you'll hear them both play in live mode. * Sometimes when the build/buy mode bgm song ends that will stop, but the loading screen bgm continues on a never ending loop. San Myshuno City festivals are also broken in this video. GeekCon never left ( I never attended the festival, my sim just lives in the Fashion district; and the Romance festival spawned on top of GeekCon so now they both wont leave.

Have you installed any customization with the game, e.g. Custom Content or Mods?
On console - never used.

Did this issue appear after a specific patch or change you made to your system?
Neutral/Not Sure