White
Sign In · Register
Home › The Sims 4 Modding & Custom Content › Tutorials and Tools for Mods & CC
February 21 - Everyone ready for the Friday Highlight? It's ready for you here!
February 14 - 3rd vote results for the Community Stuff Pack are ready! 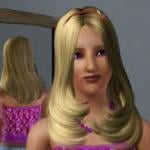 Megansleia Posts: 259 Member
June 2019 in Tutorials and Tools for Mods & CC
Hi, I have been told how to download a mod, but I can't seem to get it right. Can someone tell me is there a tutorial (not video) that tells me step to step what to do, or can someone tell me how? Thanks in advance!!
0