What mod is causing these moodlets? 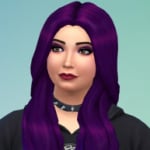 xhellocoldworld Posts: 264 Member
June 2019 in General Mods Discussion
Hello. I recently started a new save file where I'm planning to have a single mom through an accidental pregnancy. Well, she's pregnant, but I'm getting these weird, extreme moodlets I've never seen before in allll my times of having sims pregnant (which has been a lot through the years). She keeps getting these moodlets for +5 with just about every emotion, and they are always referencing having a baby and becoming a parent... even though I was letting the sim's pregnancy reveal itself so she technically wasn't even supposed to be aware she was pregnant, yet she keeps getting moodlets like "Feeling Confident - I will be the best parent! My child will love me so much!", "Feeling Embarrassed - I feel so fat!", "Feeling Sad - I'm going to be a terrible parent! My child will hate me!" and so on for literally every emotion in the game pretty much.

I'm very confused because as mentioned, I've never seen these moodlets in my life. I'm guessing they are from a mod I have, but the other confusing part is that I have not added any new mods since I have last played a pregnant sim, which has been not even a month ago, and there haven't been patches so I haven't changed the mods at all. The only mod that I have that could even be related to this is MCCC with all the modules. All the other mods I have are basically just minor tweaks and bug fixes.

My sim is also a pretty normal sim, she doesn't have any traits that I think would cause this. Her traits are geek, genius, and good. Very standard. She is living in Strangerville, so idk, could that be contributing? But I already beat the "story" on this save so Strangerville shouldn't be so strange anymore?

So I'm wondering if anyone has experienced these moodlets and if they could tell me what exactly is causing this, because it's actually getting super annoying because these moodlets won't stop popping up every hour and it's influencing her overall mood way too much. Or if this is a genuine part of the game that I have somehow managed to avoid since release...?

"The softest echo could be enough for me to make it through."
♥♥♥