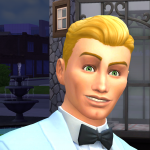 superkyle221 Posts: 1,022 Member
May 2019 in The Sims 4 Packs Discussion
I don't know if I'm doing something wrong, and I haven't used the feature in ages, but recently while playing I had a parent pack a lunch for their child before school. The child then arrived home at about 11 AM and lost responsibility for skipping school, lunch uneaten.

Later, a teenager packed their own lunch to bring to school and the same thing happened.

I haven't tried it again, but is that a known glitch? Or is it something that I'm doing incorrectly?

The Keen Legacy | We Belong to the Song: An Alien Adoption Challenge