Selecting Active Sim During Travel? Or some way of sending off individual sims for a while 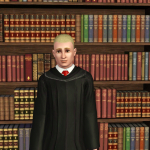 jonny522 Posts: 179 Member
May 2019 in The Sims 3 General Discussion
I've seen it stated that it is somehow possible to select the active sim during travel in the Sims 3? Every time I've tried it just sends the sim to the vacation spot and maintains active control on his part.