White
Sign In · Register
Home › The Sims: Legacy Titles › The Sims 2 General Discussion
January 27 - Time to vote for the CAS items you want to see as part of our Community Voted Stuff Pack!
January 24 - New Friday, new Friday Highlight! Check it out here!
January 16 - Patch day for The Sims 4! Find the patch notes for PC/Mac here, and here for console (someone said Gallery?) 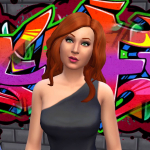 KottonKrown Posts: 251 Member
April 2019 in The Sims 2 General Discussion
Sul sul! I installed the Ultimate Collection on my Windows 10 laptop today and after a lot of trial and error, I have it working smoothly. I also removed the preexisting hoods and replaced them with clean versions and installed a bunch of Pescado's mods to prevent corruption (namely FFS Lot Debugger, nounlinkondelete, creaturefix and nocorruptdeath). I need to grab a camera mod because the UI in CAS covers half of my sims's face (probably a result of me having a big screen), but apart from that, everything seems to be in order.

My question is, is there anything else I should install to prevent corruption and/or make sure the game's running optimally? I changed the .object files to read only as well and I know the do's and don'ts. I also downloaded Mootilda's Hood Checker, Clean Installer and SimPE.
Bring back the Paranormal career already.
0