White
Sign In · Register
Home› The Sims 3› The Sims 3 General Discussion
July 3 - No Friday without a Friday Highlight! Find this week's highlighted discussions here.
June 27 - Let's pick our Best of Simming for June 2020!

Does a Sims 3 Period Mod Exist? 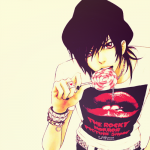 cleo00 Posts: 1,088 Member
March 2019 in The Sims 3 General Discussion
Hiya,
one of my favorite sims 2 mods was the period hack by smonaff and I have continuously been on the lookout for a mod like that for sims 3. I stumbled upon the KW mod by Oniki Kay but that was waaaaaaaaay more than I want or need. I really just need like a rehash of the sims 2 smonaff one.

Does anyone know of one, or any ambitious modders want to make one for me?