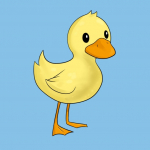 Tachiko: Welcome to The Island. My name is Tachiko and I will be your Host. The Island is a Sims 3 Reality Show where a group of strangers wake up on a deserted Island with no idea of how they got there, All they know is that several weeks ago they signed up to play a game for the chance to win 500,000 Simoleons. Now they have been taken away from their everyday lives and brought to The Island where they will compete against each other in trials attempting to avoid being Banished from The Island never to return...

If you'd like to play, please read the CAST section below to find an application form and please read the rules/how the show works before signing up! Thanks and Good Luck!


HOW THE SHOW WORKS:
The show is an interactive reality gameshow, which loosely follows the set-up of shows like Survivor/US Big Brother however there are some differences.
The game will be played on the forum so your actions will dictate how the story unfolds! For example, If you win a trial, your sim will win a trial! If you are voted out your sim will be voted out ect.
I will act as the host of the show and will create the story in the form of episodes/chapters as well as set up the challenges, nominations and will also reveal the results.

TRIALS:
Each episode everyone will compete in a Trial which will determine the weeks placements, The Highest scorer/Winner of the Trial will be that weeks MVP and will be automatically immune from Banishment/Being voted out.

MVP:
As winner of the Trial the MVP (Most Valuable Player) will not only be Immune from elimination but will also rank their fellow players (Apart from themselves) in a list of who is Most Valuable to Least Valuable, The two players ranked lowest on the list will be nominated for Banishment and may be eliminated at the next elimination ceremony.

BANISHMENT:
The two lowest ranked players will be up for elimination at the Banishment ceremony, In this ceremony the remaining players in the game who have not been nominated will vote to SAVE one of the two nominees, After the votes have been counted the person with the most votes to SAVE will be safe for one more week, The other player will be Banished from The Island and is out of the game. In the event of a Tie the MVP will decide who to Banish.

THE FINAL TWO:
Once only two players remain in the game, All the previously Banished players will return to cast their vote on who they think should be crowned the Winner, This is where making alliances with your fellow players is encouraged as even though you must vote people out, these people will eventually determine your fate in the game!

DIARY ROOM ENTRIES (DRE'S):
The whole Island is fitted with secret cameras capturing your sims every move! *Looks around suspiciously* If you'd like you can send me a short Diary Room Entry in which you can speak as one of your sims about the game, other players or about events on The Island which will appear at some point in the story!
Simply send me a Private Message with what you'd like your sim to say to the camera and it will appear in the next avalible episode (Whenever possible)

Feel free to have your sim say whatever you'd like but please do not be offensive to real life players or say anything too inappropriate, remember Forum rules apply. Also please no "god-modding" or controlling of other people's sims without permission. In short, Just be kind, courteous and responsible but I'm sure you will be.

If you have any other questions feel free to ask me on the thread or you can PM me!