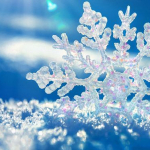 JaySnowy Posts: 102 Member
March 2019 edited March 2019 in The Sims 4 Game Feedback
People keep telling me that port from PS4 or Xbox is bad. Some say switch too weak.(I very disagree on). Some said it will work. & I came basically come to a conclusion just forget the sims 4. All I am doing is causing drama & war over this.
Their nevertheless apologizes to people who think I’m silencing their opinions. I’m not silencing your opinions I just want u to put your opinions in more of a nicer way so people like me don’t get offended.


(No sims moblie)Too expensive. not enough freedom. Too much task!


Edited to remove inappropriate language, do not bypass the profanity filter please ~Rtas
Post edited by EA_Rtas on March 2019
0