White
Sign In · Register
Home › The Sims: Legacy Titles › The Sims 3 › Expansion Packs
January 17 - Friday Highlights are back! Come take a look!
January 17 - Ready for a -not tiny- livestream? Click here!
January 16 - Patch day for The Sims 4! Find the patch notes for PC/Mac here, and here for console (someone said Gallery?)

Some pets (and some Sims) not aging 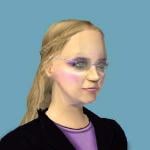 KatAnubis Posts: 3,024 Member
February 2019 in Expansion Packs
I recently got Pets and now some of my pets and some of my Sims, even though I have aging enabled, say that they "never" age. But it's not affecting all pets or all Sims in the household. And if I try to age them (using a cake), they don't show up in the list. I can age them using testingcheatsenabled, but they still don't start aging after that.

I do have some NRAAS mods, but they are all up to date.

I tried looking for threads about this, but each one seemed to refer back to the Sims3 site (which doesn't exist) and so I get a message that the page can't be found "even under the bed."
0