Gallery Download Cheats - Why is this STILL a thing??? 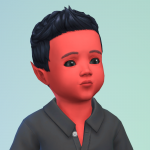 TopNotchToddler Posts: 186 Member
January 2019 in The Sims 4 General Discussion
First of all - thanks to @GLovely1 who already elaborated on this over a year ago and was silenced bluntly by closing her thread (as I also expect this one to be closed soon).

Secondly, I am not emotionally involved, I really don't care about numbers (or cheaters), though I really like people liking my stuff and showing so by downloading, faveing or commenting. My own download numbers are ridiculous, but cheating them up wouldn't give me any of the satisfaction I get from an honest, friendly comment.

And I get it that others do care, after putting all their work and creativity into a household/build. There are different kinds of simmers, and those who build/create often gain their rewards through public appreciation. Everybody commenting stuff like "the internet isn't fair" or "it is just a game" is totally missing the point.

Another aspect is that the Gallery is not just a social medium itself but that the whole The Sims universe is closely bound to other social media like simblrs and YouTube channels. People actually make RL money through popularity.

The most simple and obvious solution would be to just not count any download if uploader and downloader are the same person/account. There is really no special magic developers would have to work.

Now, was that so hard? Rating systems have been around for ages. I mean, come on, look at these forums (any forums). Are you able to "like" your own comment multiple times? Of course not. That would really be pretty stupid.

This is not a bug, otherwise someone would have fixed it aeons ago. This was deliberately developed this way, and my real question to EA/Maxis is:

Why, in the name of the great simmer above, are you so keen to ruin this part of the TS4 experience for some of us?

(And, on a sidenote, why did it take three months to change the default Gallery sort order back from Most Popular to Newest?)

BTW, closing this thread won't change the fact that people are actively discussing this topic in the Gallery using descriptions and comments right now.
A Way for Simmers to Participate in the Fight Against COVID-19