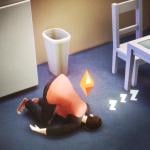 Sims4Sarah Posts: 132 Member
December 2018 edited May 2019 in The Sims 4 Challenges, Stories and Legacies
Howdy everybody!

When Get Famous came out, I wanted to play a legacy challenge that incorporated some of the new things that came with the pack. I didn't see any right away so I decided it was time to create my own.

Spending some time considering a direction, it felt like Get Famous naturally followed to a cinema themed legacy. Hence, the Silver Screen Sims Legacy Challenge.

Actually, I developed two different versions of this challenge. This one that is inspired by 80's Movies and another which uses Classic/Golden Ages of Hollywood movies. I put that in its own thread located HERE

I worked hard to make sure there is very little overlap of career, aspirations or other tasks between the two. So, you could easily decide to play just one, play both or even have this be one big massive 20 generation legacy if you wanted and not have much repeat itself.

The challenges use something from every pack from the Base Game on up to Get Famous. You could probably play around a couple things if you don't have a pack but it is going to be difficult if you have large gaps in the collection.

**Edit 1/8/ 2019 ** It was requested that I add an alternative Generation 1 starting path for those that don't have vampires in their game. I think that is a fair request. Aliens felt like a fair trade off. I know that not everybody will have those too but since you have to have a good number of packs to take full advantage of this challenge, there is a good chance most people participating will have either Aliens or Vampires, if not both. So, just select which Generation One you want to use. If you go with Aliens, just note that it requires starting with TWO characters. Thank you to @SoulGal7 for helping me brainstorm!

Each generation of this legacy is inspired by a popular and/or cult 80's film.

Start with a Young Adult Sim. Either one you created especially for this or one you previously made. They should be, for reasons that will play out in the challenge, human. Gender and any other appearance elements don't matter.

Don't cheat unless you are told to in the rules. What's the point of that? There is no point scoring here, just the reward of the fun telling the story of your Silver Screen Sims Legacy.

Using creative content is up to you as long as it isn't a cheat or it replaces an object required to complete a generation. I don't use any but that's just a personal choice.

Unless otherwise stated in the rules for a generation, you can live anywhere you want.

Similarly, color outside the lines all you want as long as you hit the action rules for each generation.

Where is this? It was daylight a minute ago, right? Now its dark, gloomy and that guy over there just licked his lips when you looked at him. Boy, you must have taken a REALLY wrong turn during your walk in the woods. You really should leave but something is compelling you to stay.

1. Move into empty house or lot in Forgotten Hollow.
2. Master Vampire Lore and Pipe Organ skills
3. Complete Culinary (Mixologist) career and Serial Romantic aspiration
4. Make a Vampire BFF
5. Woohoo in all of the following locations: Double bed, closet, observatory, lighthouse, pile of leaves, bush and hot tub. Bonus point for coffin.
6. Fall in love with a vampire and turn them back to human before having a child with them.
7. Move to Del Sol Valley once your love is no longer a vampire & child is born.

Generation One (Alien Version): My Stepmother Is An Alien

Of course you miss Mom. She's been gone a while now though and you've gotten used to it being just you and Dad. Now that he's in his golden years you want to take care of him as well as he has taken care of you all these years. So, when it was time for you to move to a new town, of course you made sure he moved with you. What you didn't expect was once you got there his love life would be out of this world!

1. Move yourself and your senior father into an empty house of lot in Newcrest.
2. Complete Culinary (Mixologist) career and Serial Romantic aspiration
3. Woohoo in all of the following locations: Double bed, closet, observatory, lighthouse, pile of leaves, bush and hot tub. Bonus point for Rocket Ship.
4. Have your father fall in love with and marry an alien. The happy couple can either continue to live with you or move out on their own.
7. After all that dating and good times, finally find your real love and have a child.
10. Move to Del Sol Valley shortly after your first child is born.

Suspicion has been the overruling emotion of your life. Relationships? Won’t they just end up hurting you? People on the street? How do you know they didn’t just rob a bank? Your brain is always questioning reality. If you think back, it probably comes from the feeling you could never shake that your parents were hiding something about their past from you….

1. Master Comedy skill
2. Complete the Detective career and Nerd Brain aspiration
3. Invite friends over to play poker once a week
4. Only date people you meet via work - either co-workers or people you arrest or meet while investigating crimes
5. Have one child when you are a young adult and another as an adult.

You do everything in style! Art is your love and you think of style as creating art out of your own body. It’s just a shame so many people don’t know how to dress. You’ve feel so sorry for them that you’ve decided to give your gift to the world and become a stylist.

1. Master Painting and Photography skills
2. Complete Style Influencer (Stylist) career and Party Animal aspiration
3. Always take the Work From Home option
4. Only ever use the sketch pad to create art. The easel is SO yesterday.
5. Use fountain of Mirth at least once.

What do you want! IT ALL! When do you want it? As soon as feasibly possible! Why do people think you need to choose between having a successful career and a great family life? You don’t and you are going to prove it!

1. Master Charisma and Cooking skills
2. Complete Business (Investor) and Super Parent aspiration
3. Adopt a child on the same day your first blood child (and therefore heir) is born.
4. Live with the partner with whom you’ve had kids but wait until your first child is a young adult to get married.
5. Make popcorn once a week
6. Build a snow pal every winter

Phew! Finally out from the grip of your helicopter parent’s control. Of course they loved you and you love them right back. This isn’t about being ungrateful. It’s just that you want to get out and explore and they were always too protective let it happen. Now the world is your smoked oyster!

1. Join the scouting after school career
2. Master Selvadoradian Culture and Guitar skill
3. Complete Writer (Author) and Archaeology Scholar aspiration
4. Have one long term relationship in your normal town and one in Selvadorvia. Decide which one to marry on the birthday when you become an adult.
5. Create a holiday that has Bar-B-Que as a tradition.

You are the best actor the world has ever known. It’s just that the world doesn’t know it yet because you can’t pass any auditions. Could it be something about the way you look? What if you changed it. REALLY changed it?

1.Join after school drama club
2. Master dancing skill
3. When you become a young adult, change your hairstyle to one originally designated for the opposite gender. At least one item of clothing should also fit that description.
4. Complete Acting career and Master Actress/Actor aspiration.
5. Make at least two wishing well wishes
6. Have a ‘squad’.

Revenge is best carried out when you look FAB! Everybody wants to be just like you. If they don’t they should! They can either follow your lead or pay the consequences. Either way, you'll be wearing a ...um..killer...outfit when it all goes down.

You are so embarrassed by your parents. You are SO much better than them. Even if it’s only you and your mirror that believes it. Everything became too much to handle and you had to flee them all and get a place of your own. It might be a dump now but it is YOUR dump. One day, it’ll be the mansion a gem like you deserves.

1. Move into a low-grade home in any neighborhood.
2. Set three trait lots. One must be “Cursed’,the other two are up to you.
3. Master Handiness and Rocket Science skills
4. Complete Painter (Patron of the Arts) and Mansion Baron aspiration
5. Always celebrate birthdays with a honey cake
6. Have a swing set

People are okay but computers are better. You just know all that time spent in your bedroom becoming a keyboard commander will pay off one day. Who knows, maybe you’ll even use them to save the world?

1. Master Logic and Piano skills
2. Complete Tech Guru (eSport Gamer) career and Computer Whiz aspiration
3. Play chess at a public chess table at least once a week
4. Win Hackathon at Geekcon
5. Be good friends with Potty Mouth 2.0
6. Marry somebody that you beat in chess

Fame is everything. You want it. You want to be around it as much as possible. Stalker? Never! No matter what the police say. Devoted fan? You’ll always be that!


Have fun! I can't wait to see what stories plat out. Share as much as possible!

Use #SilverScreenSims in the Gallery and on social media so we can follow each other's progress there too. I plan on streaming a lot of my legacy play on Twitch.