White
Sign In · Register
Home › The Sims Mobile › The Sims Mobile Social Corner
January 27 - Time to vote for the CAS items you want to see as part of our Community Voted Stuff Pack!
January 24 - New Friday, new Friday Highlight! Check it out here!
January 16 - Patch day for The Sims 4! Find the patch notes for PC/Mac here, and here for console (someone said Gallery?) 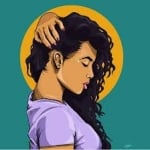 Geshisa47 Posts: 60 Member
November 2018 in The Sims Mobile Social Corner
As an player, this event really hurts right now. I have to say that this event have wayyyyyyyy too many bugs and issues that alot of us players who have been affected will NOT finish the event in time which will be in 1 days and several hours.
With this being said, and yes I file multiple reports with EAGames .. ... I feel that the ones affected should get the prizes at the end of quest of the new story line and pie baking for the hard difficult work we been trying to do to get that prize.
It saddens me that alot was affected and we have to wait for another update. Also idk if other players also have this issue too .. but as for me .. have anyone else seen Emily herself from Llamazoom as an actual sim in the Downtown Area standing in a building between the club and court house buildings? If so ... REPORT THAT TOO! It maybe part of this huge issues with the current event.
I love the game cause it is a little addictive, but way to many bugs.
If EAGames would have like beta testers .. they can give the developers feedback.
I pray this bug gets fixed .. but either give us all affected the main prizes or extend the event for another week. Thank you!
TTKIncorporated
10