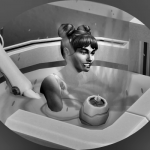 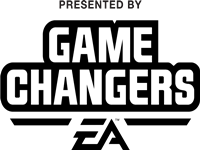 #EAGameChanger
*Currently no #TS4GetFamous spoilers.
Created to be played using #TS4GetFamous but can be adapted to play without it.
Limelight
Defined as a type of theater lighting or a person being highlighted by such a light.
Being in the limelight means being in the center of public attention.
Synonyms: Noun catbird seat, center stage, spotlight, top billing
= = = = =
The limelight challenge follows two different paths.
Becoming the center of attention or staying in the sidelines.
*In the limelight: Become popular and well known.
>>Complete one or more popularity aspirations.
>>Complete one or more wealth aspirations.
>>Reach the top of any career.
>>Max charisma and at least three other skills.
*On the sidelines: Become a supporter while avoiding becoming too famous/well known.
>>Complete two or more aspirations under any chosen category.
>>Max at least three skills of your choice.

Humble beginnings for your founder regardless of which path you choose.
Starting a new save place your Sim in your choice of worlds.
If you want to be really humble (or evil) start on an empty lot with no more than a trash can and mail box.
Otherwise a starter home with minimal necessities is good as long as it is affordable with no money or freerealestate cheats. A City Living apartment is also allowed.
Post edited by EuphorialQueen on December 2018
*EQCreations Presents* Households by EQCreations * Spaces by EQCreations * Rosebud Challenge * Rosebud 500K Solitaire Challenge * Rosebud In The City * ChallengeMashUp * Eco Existence Challenge by @EuphorialQueen * The Sims Creators' Consortium *
4