White
Sign In · Register
Home › The Sims 4 › The Sims 4 Modding & Custom Content › General Mods Discussion
January 27 - Time to vote for the CAS items you want to see as part of our Community Voted Stuff Pack!
January 24 - New Friday, new Friday Highlight! Check it out here!
January 16 - Patch day for The Sims 4! Find the patch notes for PC/Mac here, and here for console (someone said Gallery?) 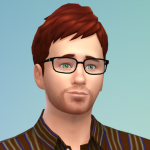 I have been working on a new mod called Gender Less.

It is a mod that replaces all the gendered phrases in the game with gender neutral ones. I have a beta version of the mod, and it is very close to be released.

Due to the way I create the mod it will be very easy for me to update it and add support for new expansions. But I can not go through each string in the game and manually check that the grammar is correct. So even though I have a somewhat sophisticated system for fixing the grammar there might be some stuff that is incorrect. Additionally, there are some phrases I can't, for technical reasons, identify easily and have to find by playing the game. One such phrase is "Boyfriend/Girlfriend" which I have yet to fully cover.

Anyway, here is a link to the beta version of the mod: Fogity_Gender_Less_ENG_US.package
You only need to plop that one down in your mods folder, I cover every single released pack with this mod.

If you find any grammar mistakes or gendered phrases, please take a screenshot of the text (with context) and post it here or send to me. That way I can update my mod to cover that too.
Played since The Sims 1 and now makes mods for The Sims 4:
Gender Less - Gender neutral pronouns and titles
Hidden Highlight - Removes the white outline
Unlocked CAS Parts - Unlocks hidden CAS items
2