White
Sign In · Register
Home› The Sims 2
June 3 - New The Sims 4 game update available for all platforms - Check out the patch notes here.

Looking for a roofing tutorial for dummies 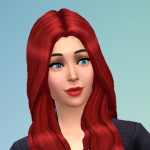 ArielGrint Posts: 50 Member
September 2018 in The Sims 2
So I have always been absolutely terrible at roofs in Sims 2

I pretty much always relied on the autoroof tool... But it's high time I learned how to do nice roofs myself. Can anyone recommend any good basic tutorials? What I am mainly looking for are tutorials that are about making sure the roofs that are not on the top floor don't interfere with internal rooms.

To illustrate my point: this is a house that was build for Sims 3 that I would like to re-make in my game. It has 3 floors, but a lot of the top floor is covered with a roof. I can achieve a similar visual effect(still not perfect), but only with the pieces of the roof clipping inside the rooms so obviously there is less "useful" space there... I know that I can use the special pieces that came with M&G, but I don't like the fact that I can't see behind them

So if anyone knows of any that are still up or is good at making roofs, please share your sacred knowledge