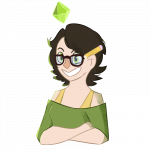 Linnsane Posts: 111 Member
September 2018 in The Sims 4 General Discussion
So I realllllly love to build, it's probably my faveourite thing about Sims, and I'm just curious! Where do everyone here get their inspiration???

I myself use google, pintrest, youtube and real life as inspirations. I don't have any specific sites I use, but I just find an image and get inspired by that. Right now I'm doing a build thats a Traditional-Modern japanese house for a collab with @MLDesign wich is turning out pretty sweet, I probably never wouldhave had the idea if not for the collab

So I find that the challenges and collabing with people ahve given me new inspiration, and that is soooo much fun! What are your favourite inspirations for bulding??
Linnsane on Youtube
Linnsane's Architectural Wonders - Builds without CC
Linnsane's Lookbook
2