Things that will improve the Sims 4. What are your ideas? 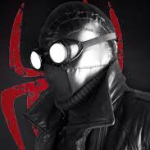 V_Ice Posts: 40 Member
September 2018 edited September 2018 in The Sims 4 General Discussion
I know there are other threads out there discussing similar things, but I really want to know what you think could improve the Sims 4. No mods, no cheats ... just good ideas to add to the game by the developers.

EDIT: I would also love for you guys to give a bit of detail on how your improvements function.

I'm honestly surprised that there is no finance option for purchasing homes and you are required to pay cash. Considering how expensive decent homes tend to be, it could take a while to save up the funds for one if you play the game realistically. It's a grind. So introducing a finance feature would be a welcome addition.

Weekly Financial Statements.
A record of your household income and expenses for the week. This already exists as a daily financial report in Get to Work for your retail business so it shouldn't be that difficult to implement.

Loan qualification.
Newly created or playable households shouldn't immediately qualify for mortgage loans without meeting certain requirements.
- Have enough funds for a down payment. The game options could be between 10% lowest to 40% highest.
- Have reached a Career level that ensures you make more than the weekly mortgage payment and/or ..
- Submit your weekly financial report showing income exceeding the mortgage amount. Usually income from other professions (Painter, author etc.,) for those who don't join careers.

Separate Utility Bills.
Having a mortgage would allow for the household to have separate utility bills as an additional expenditure to throw your hard earned simoleons on. Why not?

This would be an incredible selling point for me and would really elevate this game into a whole new dimension. I would also like to see finance options for purchasing/building Retail stores and Restaurants as well as the addition of separate utility bills for those businesses. If you hardly make money in one business because you don't use it as often as another, the game will not excuse you from paying the bills. You would need to dig into personal funds to keep the business running.
Post edited by V_Ice on September 2018
7