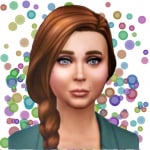 Melmack Posts: 209 Member
August 2018 in The Sims 4 General Discussion
This is my first time posting, so please be gentle. I have a few sims that I have given freckles in CAS, because I adore them, but I have noticed that none of their kids ever get them passed down. I hate modifying my born in game sims genetics as a rule but I do just to add freckles. Are they not considered Gene's in the game, or am I just unlucky in the gene lottery?
0