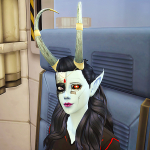 Join me as we follow ten teams and forty individuals all vying for the top spot in the STRIKE! Championship Bowling League.