White
Sign In · Register
Home › The Sims Medieval
February 28 - No Friday without a Friday Highlight! Find this week's here. 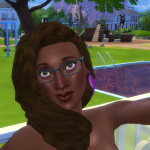 I bought Sims Medieval a couple years ago, probably around 2015 or 2016. I haven't played it in quite some time & decided I wanted to play today. However, I started up the game, it updated, erased my files with the update (which is fine by me, I was going to start on a clean slate anyway), and hit play. When I hit play, nothing happens. The game doesn't load and when I click play again, it says it is already running. The screen for the game tells me it can't connect to the page, but I have Internet and am posting this on the same computer. On Task Manager, it doesn't appear as an App, but as a Background Process.

I really want to be able to play this game again. Can anyone help?

My computer is Windows 10 and the game is a CD, not purchased through Origin.

My boyfriend fixed it.
Post edited by NeyMessi on July 2018