Update On Quarterly Teasers For The Sims 4 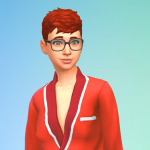 With July now here we know many of you have been anticipating the next quarterly teaser video. Getting straight to the point, I’m here to let you know that we will no longer be releasing quarterly teasers. As much as we enjoyed sharing a sneak peek into the future, there’s a good reason why they don’t make sense moving forward.

Since the beginning of The Sims 4, we’ve been forthright in saying that pack releases won’t fall into predictable patterns, and to expect for things to change as we try new approaches to creating fun experiences. As you may be guessing, we’re mixing things up. Starting with the recent surprise announcement and release of The Sims 4 Seasons, we’re shifting our approach regarding the types of packs we create, and when they’ll be released. This change means that there will be quarters where we don’t release new paid content, so quarterly teasers won’t be the right format for sharing information.

That said, we’re also reaffirming that a bright future lies ahead for The Sims 4. The full Sims 4 Development Team is working hard on multiple packs that are in various stages of development. We also remain committed to improving the game via updates and more free content, which will continue to release on a frequent cadence. Ultimately this is a signal that we’ve heard your feedback, and we’re tweaking our plans to deliver the content you’ve been asking for.

108
This discussion has been closed.
Return to top