How is the Sims 4 going for everyone (Performance wise) 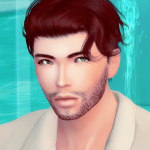 SimlishPopstar Posts: 197 Member
June 2018 in The Sims 4 General Discussion
With the addition of more packs and such I figured at this point was a relatively interesting time to ask.
So far my sims are still generation 1 but with lots of customs and 8GB cc, consistent cache clearing and all packs released so far.

The performance in my game hasn't seemed to have taken any particular hit but in the first place I also don't have the best build in the world for example.

How are people's builds vs how many packs and cc they have with their performance?
Are people able to achieve stable 60FPS max graphics with lots of packs at the moment?

Does more time spent in game bloat it horribly?
That sort of thing, just want to get a general idea of people's experiences at this point with the game and its performance.

Also if anyone has any direct information on the games performance pertaining to if the game is directly at fault for some issues that is always insightful.

I'm just curious since If I upgrade my build I want to know in general what I am looking out for and such, with seasons coming out very soon too its likely things may change.
That and some have reported performance problems with decent builds that others don't experience.

Also if anyone can clarify does this game horribly bloat over time or not? I've seen some claim it does and others that it doesn't. I'd assume it doesn't but since I'm gen 1 I assume I wouldn't have much experience with this in the long run.
(Not sure if this fits better under general since its not a direct technical problem but more of discussion on the games performance overall?)