White
Sign In · Register
Home› The Sims Mobile General Discussion & Feedback
May 13th - It's time for our Friday Highlights! You can check them out here! 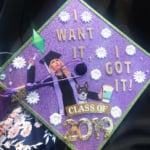 ayyitsmell Posts: 434 Member
May 2018 in The Sims Mobile General Discussion & Feedback
Hello! I have compiled a few suggestions that my friend and I have about the Sims Mobile app. The game is overall very entertaining, however there are certain aspects about the game that we feel could be improved. This is basically reiterating what I wrote in a separate post, which I will quote my comment below and add on to it more comments that my friend and/or I have. There are also glitches that we have noticed that we felt we should mention.

ayyitsmell wrote: »
I finally decided to download the app so I just recently started playing Sims 4 Mobile. So, my suggestions are more like first impressions as I haven't played enough to experience or notice some of the things you might have. In my opinion, I noticed its fairly easy to lose energy and money but almost impossible to gain it back quickly, at least as a new player.


Adding on to that point about Energy, the sims energy drains extremely quickly and their options to replenish their energy is extremely limited. For example, the refridgerator could easily be a good way to increase the sims energy as it is part of their nutrition, health, and energy source but it currently does not provide any energy points. Activities that sound like they would be restful actions, such as relaxing on the bed (nap) or recharging on the couch at the club not add to their energy level either. There was also a luxury event, where the character was supposed to just enjoy the day at home and it was kind of ironic that the event had drained all of the sim's energy even though it was literally doing anything but strenuous activities.

The prices are a bit too expensive. There is a 'date night pack' that is $19.99, which is more than I pay for a stuff pack on PC. I think it is too overpriced for a mobile app that doesn't even bring half the content that is on a stuff pack. I also understand Simcash could be bought in-app, however the means to earning simcash without paying for extra simcash are very limited in my opinion.

ayyitsmell wrote: »
[*]Fix Animations. I agree with what you said about fixing some of the animations, like the sims stay standing up while watching a blank TV. Watching a scary movie is them standing up and laughing vs. them sitting on a couch covering their mouths or something. I also noticed that the "gluten-free vegan salad" or any dish that is being served is actually a plate of chicken. Also, the dance animation is the same moves regardless if it was supposed to be romantic or casual.


To add to this point, Cake tasting was also a plate of chicken and corn. I also noticed that when I was using the stove, I clicked to bake a tasty treat and my sim began to cook a turkey in the oven, and when the action was done, she had a plate with a cookie on it. It just looks silly to me.

ayyitsmell wrote: »
[*]The option to hide the beginner hints/messages. For example, when I was checking out a new outfit I had gotten in the CAS, I had received a message saying that I should throw a birthday party (first birthday event). I wasn't able to exit the bubble, slide it away, nothing. I had to force close the app since the message was in the way and I couldn't edit anything in CAS and I couldn't exit out of CAS. However, not sure if it was a glitch or not.


Like I said, these are like my first impressions. I only started playing about a day ago LOL
I'm not sure if these options are available in the game already (I haven't seen them), but it would be good to have them as well.

Overall, we love the game and enjoy playing very much!
This is just some honest feedback that we feel should be mentioned to improve the game!

P.S. Feel free to add any glitches you've noticed or suggestions you might have in this thread