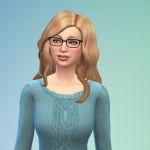 I've started a random legacy a little while ago out of boredom, and since it has turned out to make some interesting stories, I thought I'd like to keep track of it all. Here I will list the challenge criteria I've rolled and write what happens in the game. I might sometimes stray from the exact rules in order to do something I really want to do with the current generation. I'm also not stopping if one criteria doesn't work out. I'm not treating this so much as a challenge as a way to spice up my game. I also draw inspiration from RainyDayz' Stages challenge, but am not actually doing it. Still, do check the challenge out if you want even more details and changing goals than a random legacy, it's pretty nice.

While I enjoy writing and will try to make something fun out of it (otherwise, why would I share?), I want to keep it easy and unstressful. As such, I'll just be writing here rather than dealing with wordpress. Also, updates will likely be sporadic and unequal, with rather few pictures.

I went through the whole first generation before making that decision, so no pictures of that. Oops! I'll try to give a quick recap of what happened in the next post.
Check out my builds and my Disney inspired stories! I also now keep track of my random legacy
0