White
Sign In · Register
Home › Off Topic Chat
February 21 - Everyone ready for the Friday Highlight? It's ready for you here!
February 14 - 3rd vote results for the Community Stuff Pack are ready! 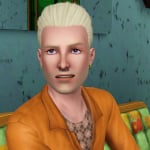 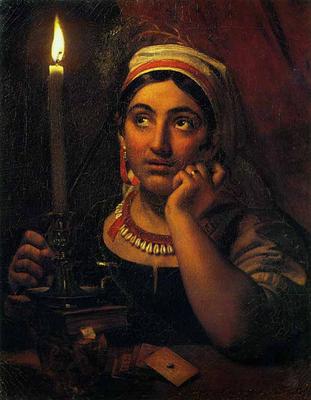 Welcome to Madame Levesque's Fortune Telling Wagon, where the fates of her clients are in the cards. Specifically, YOU. As part of a tarot deck, you are but one of Madame Levesque's tools in divining the fortune of her restless clientele. Each one of you represents an archetype that's popular in the collective human unconscious, each of which broadly represents a different facet of life. Reversed tarot cards represent the darker side of an archetype, and can spell misfortune for a client. It's up to the upright cards to decide who among the cards are reversed, and to discard them in order to prevent an impending disaster. The reversed cards have a few tricks up their sleeve, however...

Rules and Guidelines
How does this work?

This works just like any other regular Mafia game. You will receive your role, and any power you can use if your role has one. I will use different terms to suit the theme, but the game plays out the same.
Long version

There are a total of twenty-two possible cards that may be assigned to you, taken from the major arcana of a tarot deck. Some of these cards possess the potential to perform powers throughout the game. Any of these cards can be upright (town) or reversed (Mafia), and a specific card's power may change depending on whether it's upright or reversed.

I will randomize which cards will be included. As a rule of thumb, 1/4 of the players will receive power roles, so if there are 12 players, 3 of them will have powers. Among the possible power roles, some of them will have their powers activated for this game, while the others will remain powerless, so it's entirely possible for an Empress card to have power or not, for example.

As a rule of thumb, 1/4 of the total number of players will be reversed or Mafia-aligned as well. The reversed cards are guaranteed to have 1 power role, while the others can only kill each night. So if there are 12 players, one of the 3 power roles will be reversed, while the other two are upright. In this case, there will be 7 powerless upright cards, 2 powered upright cards, 1 powered reverse card, and 2 powerless reversed cards.

Here are the possible cards you may receive:

The Fool - New beginnings and limitless potential
2-shot Mimic - Twice per game, at night, you can ask to copy another player's power. For that night, you will be able to use the power of another player in the game, drawn at random. If you randomly receive a power from a player with an opposing alignment (e.g. a reversed mimic gains the power of an upright power card), you will perform your alignment's version of that power. The Magician - Resourcefulness and Concentration
Powerless The Empress - Fertility and Maternity
Upright: Doctor - At night, you can protect yourself or another player from getting discarded. You can only protect yourself once for the whole game.
Reversed: 1-shot Poisoner - Once per game, at night, you may poison another player. If that player survives the following day, s/he will be discarded the following night and will be announced to have your role and alignment, while that player's true card will be revealed in the private factional chat. Otherwise, the poison backfires and you will be discarded the following night instead. The Emperor - Structure and Authority
Upright: 2-shot Jailkeeper - Twice per game, at night, you may choose to lock a player in jail. That player's power action, if any, will fail that night, but that player will also be safe from getting discarded.
Reversed: 1-shot Interceptor - Once per game, at night, you may intercept all other power roles in the game, guaranteeing failure for all their actions. The Pope - Tradition and Beliefs
Powerless The Lovers - Relationships and Choices
Upright: Mason - At the beginning of the game, you will be given a private chat with a random player in the game, wherein you can discuss your thoughts during the day or night. Your mason lover is guaranteed to be upright.
Reversed: 1-shot Mass Redirector - Once per game, at night, you may choose another player in the game. For that given night, all actions performed by the upright power roles will be redirected to that person. The Chariot - Willpower and Determination
Upright: 1-shot Bulletproof - Once per game, at night, whenever a player performs an action that would cause you to be discarded, that action will be prevented. You will be informed when this happens.
Reversed: 2-shot roleblocker - Twice per game, at night, you may choose another player. If that player performs an action for that night, it will fail. Justice - Truth and Justice
Upright: Innocent Child - Once per game, during the day, the innocent child may PM the host to reveal his/her status as the innocent child. The host will confirm his/her role in the thread.
Reversed: Godfather - You are immune to all investigative and tracking roles The Wheel of Fortune - Luck and Destiny
Powerless Death - Endings and Transformation
1-shot Vigilante - Once per game, at night, you may choose to discard another player. If reversed, you may use your power alongside the factional discard performed by another teammate, allowing you to possibly discard two players in a single night. Temperance - Balance and Moderation
2-shot Jack-of-all-Trades - You will receive two random active powers appropriate to your alignment, each of which can be used once per night in the game. (e.g. 1 investigation and 1 doctor save for an upright Temperance) It can be possible that some of these powers don't belong to any player for that particular game. The Devil - Bondage and Materialism
Powerless 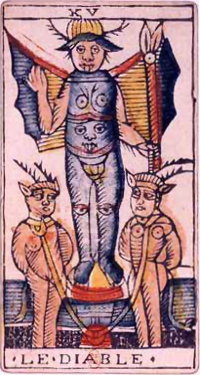 The Tower - Disaster and Revelation
Powerless 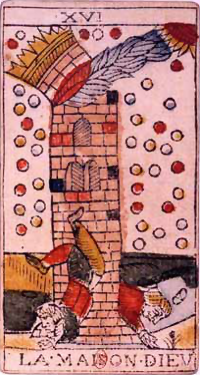 The Star - Hope and Renewal
2-shot Tracker - Twice per game, at night, you can choose another player and see whether they visited anyone that night. 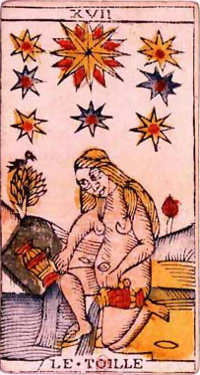 The Moon - Fear and Anxiety
Special Effect: If the Sun and Moon are both in the game, they will have their own private chat. The alignment of either card is not guaranteed. 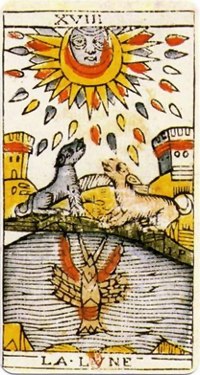 The Sun - Success and Positivity
Special Effect: If the Sun and Moon are both in the game, they will have their own private chat. The alignment of either card is not guaranteed. 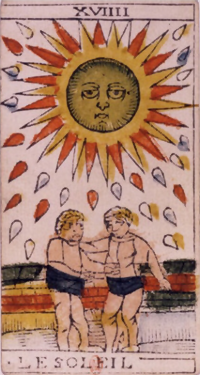 Judgment - Judgment and Absolution
1-shot Pollster - Once per game, during the day, you may PM the host the names of two other players. If both are still alive the next day, they will be the only eligible candidates for discarding for that day. If one of them is dead, you will take that person's place. If both are dead, you will be discarded. You may only use this while more than half of all players are still in play. The World - Completion and Integration
Powerless 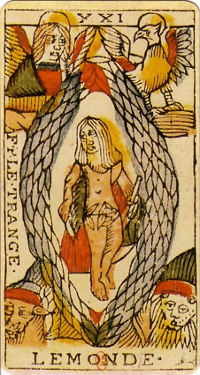 Post edited by icmnfrsh on March 2018
Don't manhandle the urchin. He's not for sale. FIND YOUR OWN! - Xenon the Antiquarian, Dragon Age II
0