White
Sign In · Register
Home› The Sims Australian & New Zealand Forum
To read the January 21st Inside Maxis Sims 411 Recap, click here
January 21st- It's time for our Friday Highlights! You can check them out here! 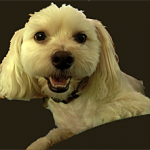 Karritz Posts: 21,298 Member
February 2018 in The Sims Australian & New Zealand Forum
I thought, since we no longer have a Sims 3 section I'd start a thread on Sims 3. If there is another one, already here I suspect I'll find it eventually.