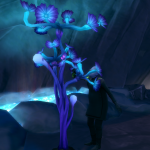 "Mama! Daddy! I'm scared!"
The little voice woke Joanna out of a sound sleep. She was just that second faster to get out of bed and scoop her youngest into a hug. "I'm here, baby, you're fine," she murmured.
Aaron watched them, a look of tenderness on his face.
Jacob squirmed free. "I'm hungry. Can I have cereal, pwease?" He was so proud of himself for using his new favorite word.
"Yes you may. I think Daddy would like a hug too. Aaron, would you mind putting Jacob in his chair while I get the cereal. 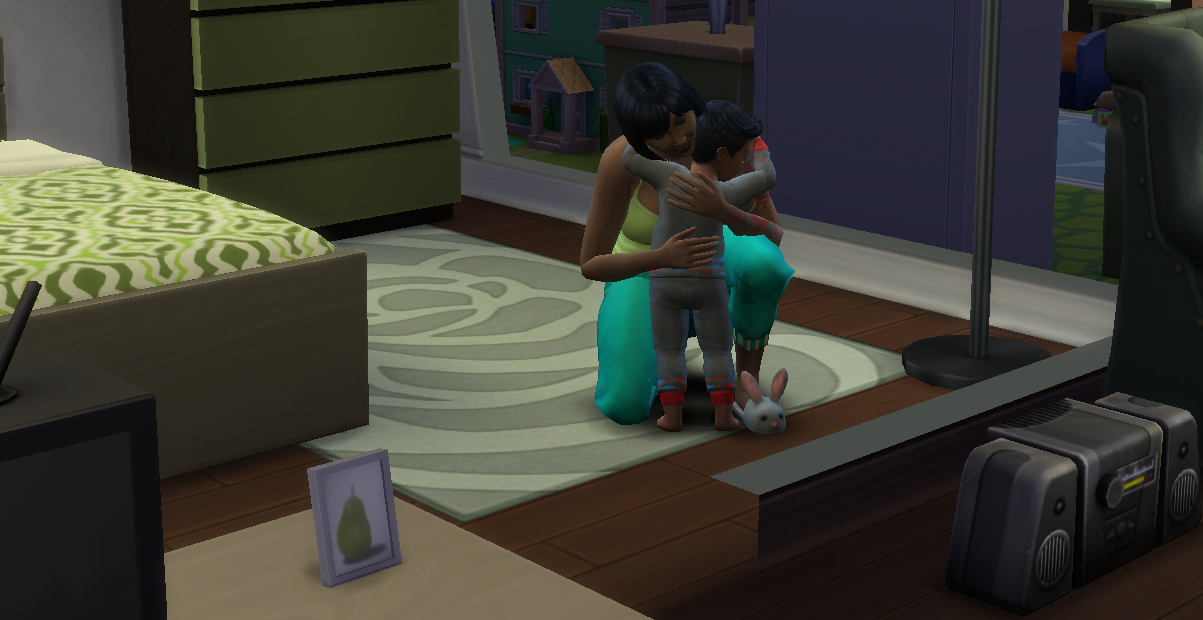 "Sure, Jo. We're right behind you." Aaron picked Jacob up, hugging him close before carrying him from the bedroom to the kitchen. Jacob spotted his adored big brother already at the table. "Hi, Eli!"
"Hey, squirt," Eli answered, grinning. He noticed the time and hurried into the living room with his bowl just as Ziva turned on the TV.

Joanna decided since she was awake she'd make omelets for anyone who wanted them. Or they could save the meal for tomorrow's breakfast. She kept an eye on Jacob as she cooked, looking out over the halfwall into the living room where Aaron had joined Ziva and Eli to watch TV and eat breakfast.
"Thanks for cleaning up the dishes, Eli.
Eli blushed and mumbled a reply. Typical teenager.

She noticed Jacob yawning, and set him on the ground. "Back to bed with you, Jacob. Try to have sweet dreams this time, okay?" Jacob giggled. "Okay, Mama. Night night."
Joanna fixed her own meal, staying awake just long enough to see ZIva and Eli off to school before going back to bed to get as much sleep as she could while Jacob napped. She was glad today was her day off. Her dreams were of her much needed next promotion. Maybe then they could start updating some of the appliances around the house. 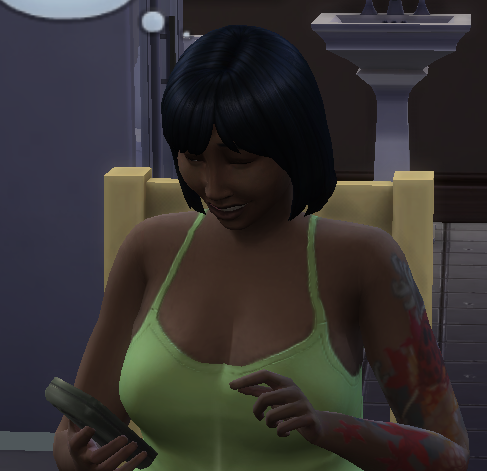 Aaron tried to work on his novel while he had the chance, but he was experiencing a block at the moment. He decided to take a break and relax with a good book, hoping for some inspiration. And he'd keep Jacob company while he read, so he could keep the toddler form waking Joanna if he had another nightmare.
He head Joanna stirring as he finished the book. "Perfect timing! And I know just what I want to write, too," he said aloud.

Joanna woke refreshed and ready for the day. She peeked in on Jacob and Aaron before going into the bathroom, glad all was well. She came out to find Aaron having a slice of cake before rushing off to work. "Have a good day at work today, honey. Couldn't you have wiped off the highchair?"
"Oops, sorry! You know how I am when I get caught up in a story."
Joanna sighed. "I do. Never mind, I'll clean it myself." 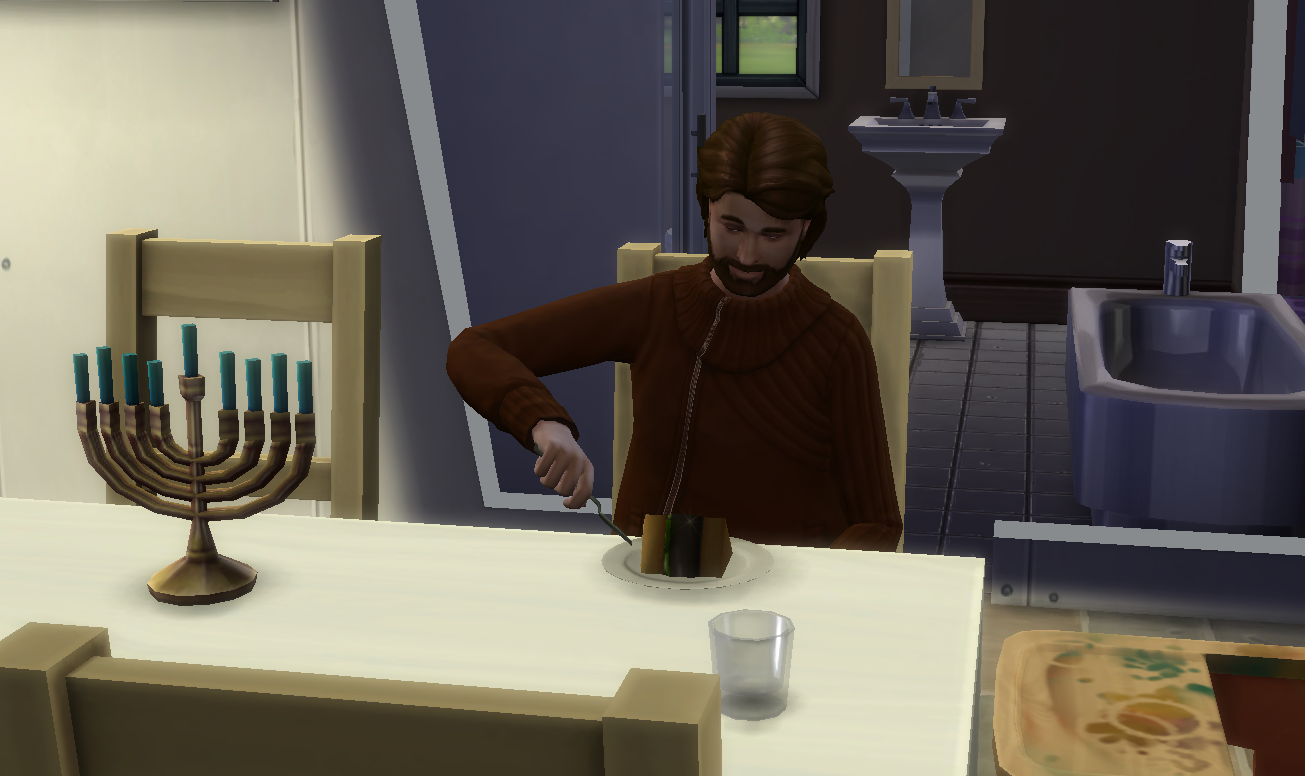 Joanna hated to wake Jacob up, but she knew if she didn't he would be up all night. Better to try to get him back on a normal schedule. He had to grow out of the nightmares soon. At the moment, the biggest concern was getting him into a bath. She knew from experience he would wake playful. Good thing her blouse could stand a little water.

"Where's Daddy?" Jacob asked, frowning.
"He's at work. He'll be home before you know it. What would you like for lunch?" Joanna asked, hoping to distract him.
"Mac an' cheese?" He asked hopefully.
Joanna laughed. "I think we can find some." As it turned out, there was no macaroni and cheese, but Jacob spotted the cake left over from Ziva's birthday and demanded a slice of it instead.
"I do!" Jacob insisted on feeding himself, refusing to sit in the high chair.
Joanna gave in, taking the opportunity to do some cleaning.

Afterward, she decided since Jacob had done so well learning to say please and thank you, it was time to teach him to say sorry. 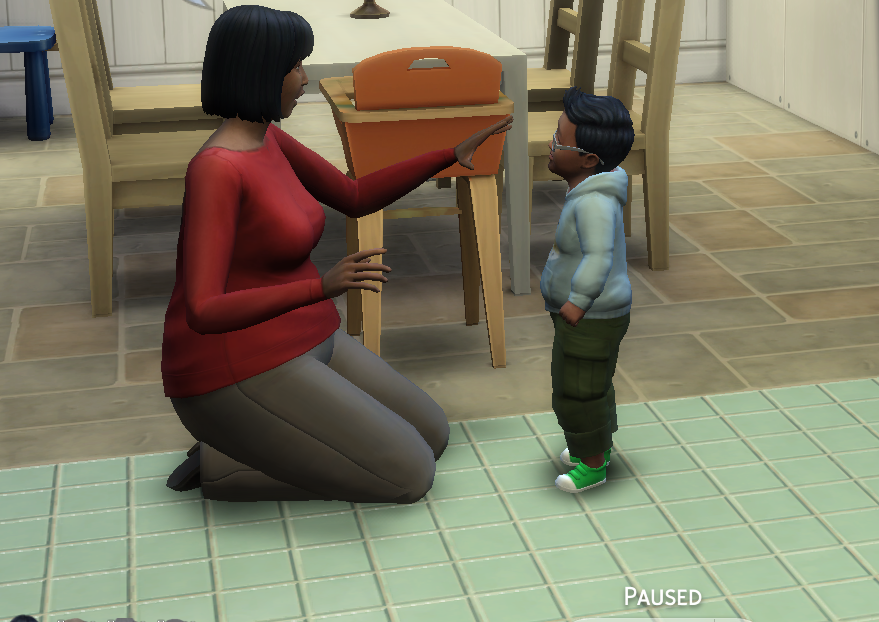 When she returned from school a short time later, the snowman by the front door caught Ziva's attention, and she stared at it intently, applying all she had learned about appreciating art from her mother.
Eli rolled his eyes in disgust and shoved past her. "Stop that and come inside. You know if you don't get started on your homework now, you won't have time until after work."
"Whatever." Ziva rolled her eyes right back, but she was unable to resist the chance to show off to her younger brother just how much better she was at school. She was the A student after all. Eli was only average. 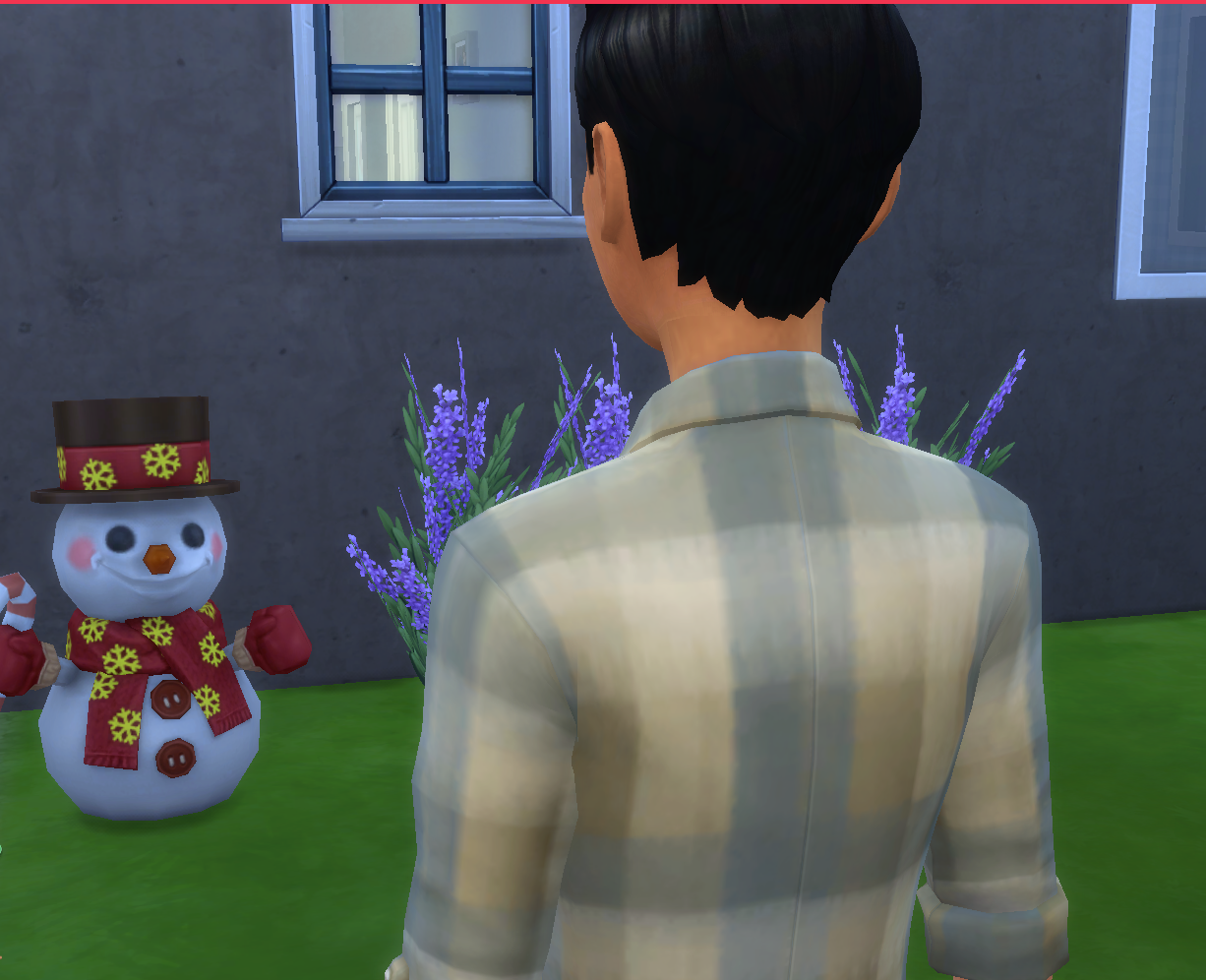 Needing some time to herself, Joanna went into the art studio/music room/study to paint for a while. She hadn't had a chance to pic up a brush in days and missed it. She was so glad Eli had picked up her interest, and wondered if Jacob would too. Ziva certainly got her love of music from her, though Aaron had been known to pick up an instrument a time or two. Maybe Jacob would follow in Aaron's footsteps with the writing, he certainly had an imagination and loved to talk.

Ziva was proud of herself for finishing her homework before she had to lave for work at the store, even though she was tired. She wished her parents would let her skip just this once, but both were adamant that she should go and do her best to stay awake. Sometimes being the oldest really 🌺🌺🌺🌺. Why did she have to be the one to set an example? 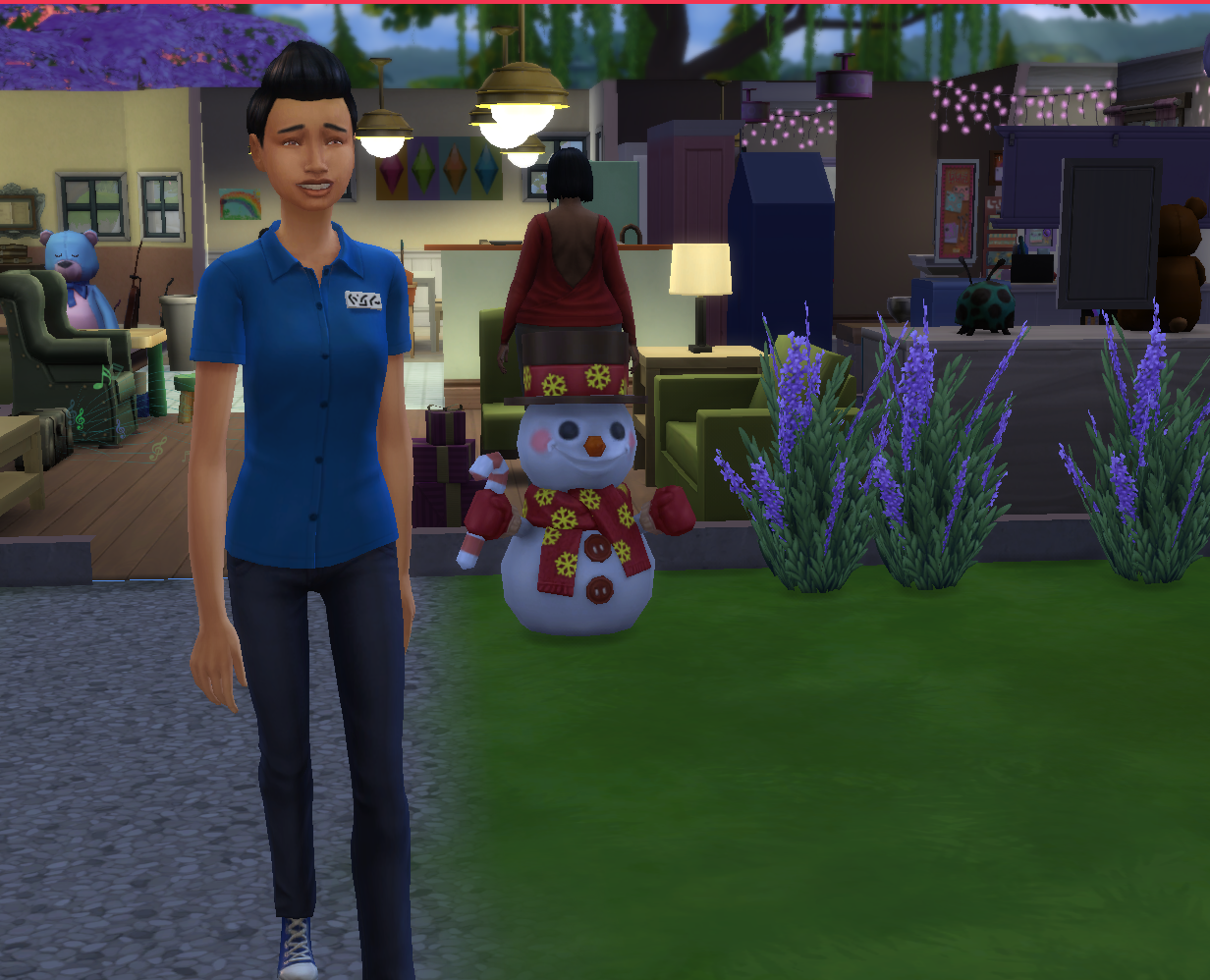 Joanna gave in to Jacob's demand for an extra story when the first, one she'd made up, wasn't quite enough to put him to sleep. She just hoped there would be no nightmares tonight, when both she and Aaron had to work the next day. 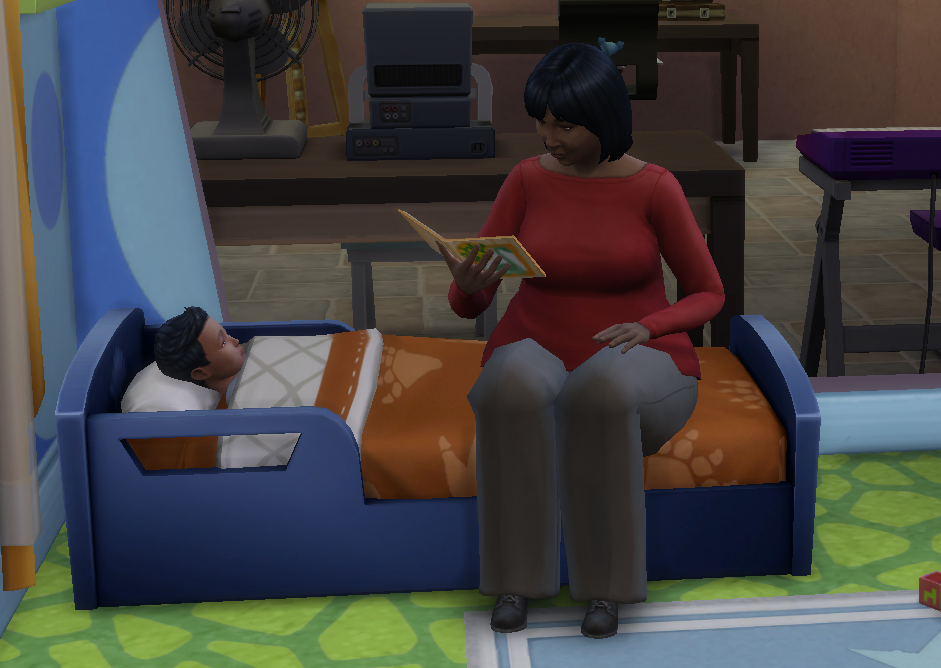 Aaron came home full of news about his workday, and Joanna listened attentively, eager to catch up with her husband. She filled him in on the family's activities in turn. They would trade roles when it was his day off and she had to work. Aaron went for a jog afterward, feeling the need to start getting into shape. Joanna encouraged him, then had a late dinner.
"You know I love you as you are, but I want you to be healthy too."
"Thanks, Jo. I feel the same about you. He kissed her cheek and was gone.
She heard him return and go into the bathroom, and was on her way to bed when he went to the computer to do his usual late night writing.
"Don't be too late!" she called to him.
"I'll try," he promised, but she could tell he wasn't really paying attention, his mind already on his latest novel. 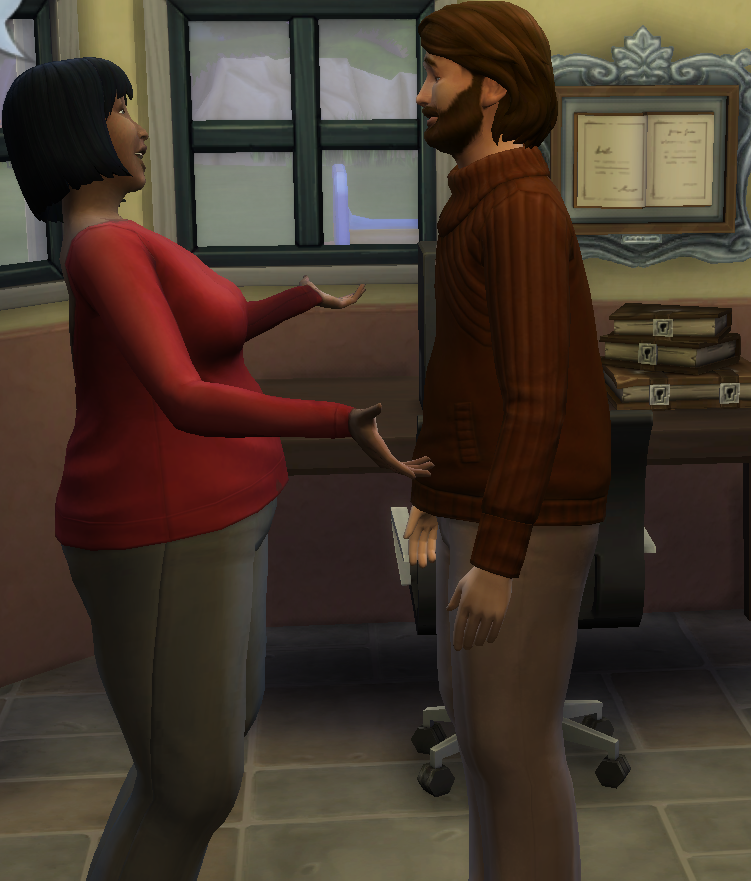 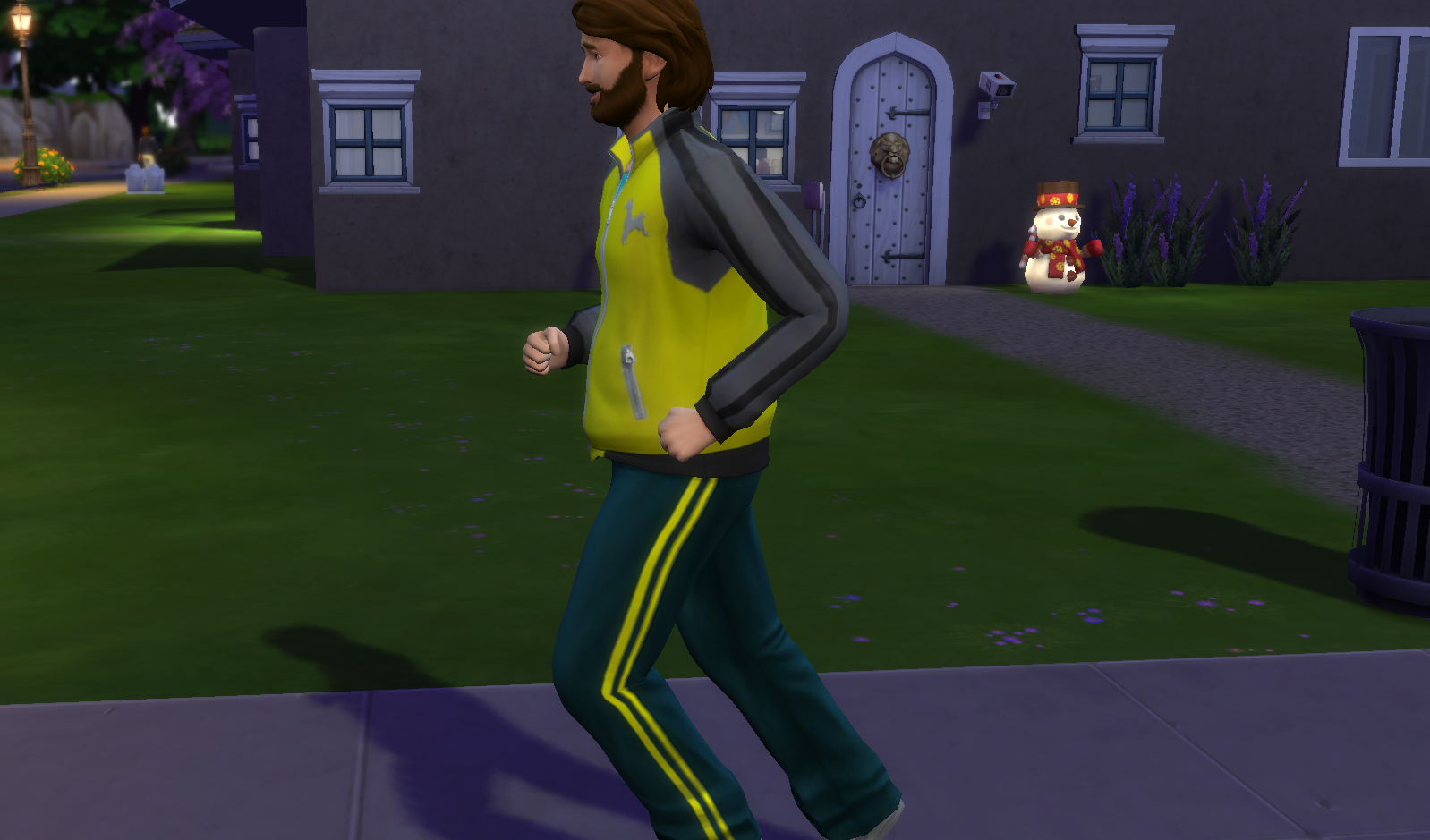 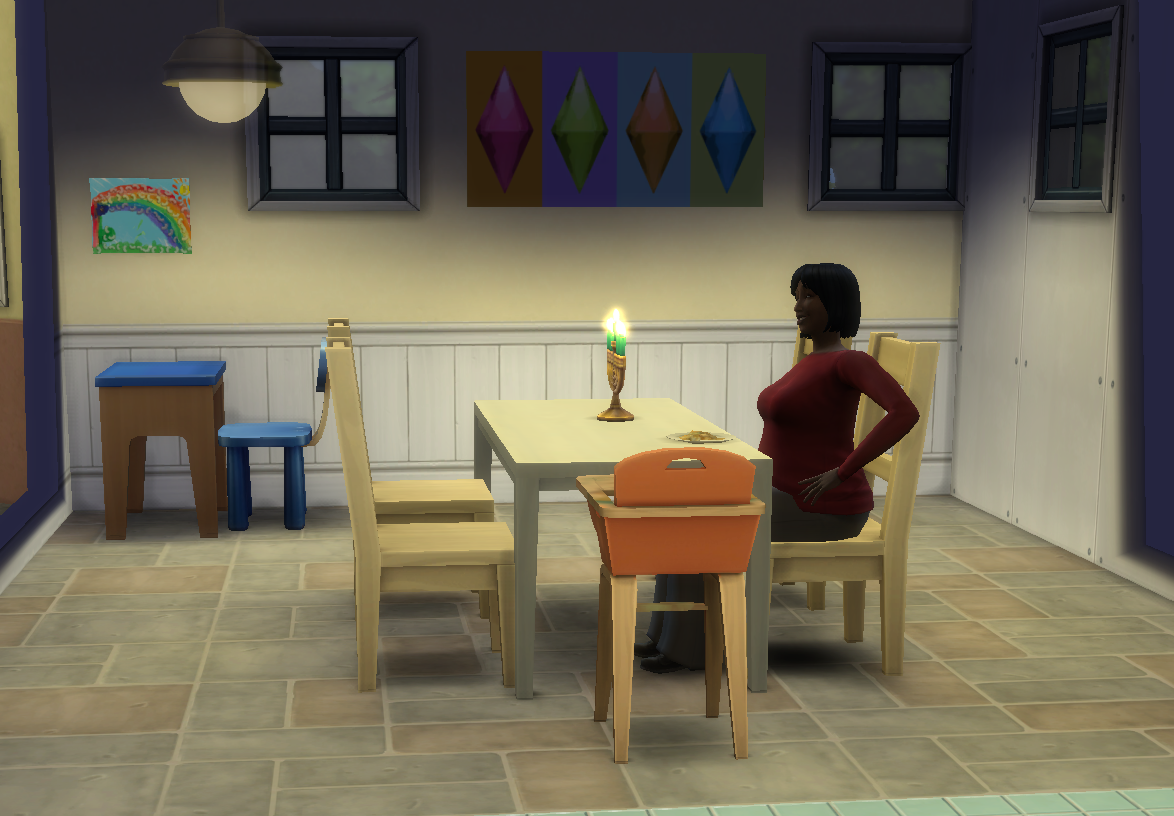 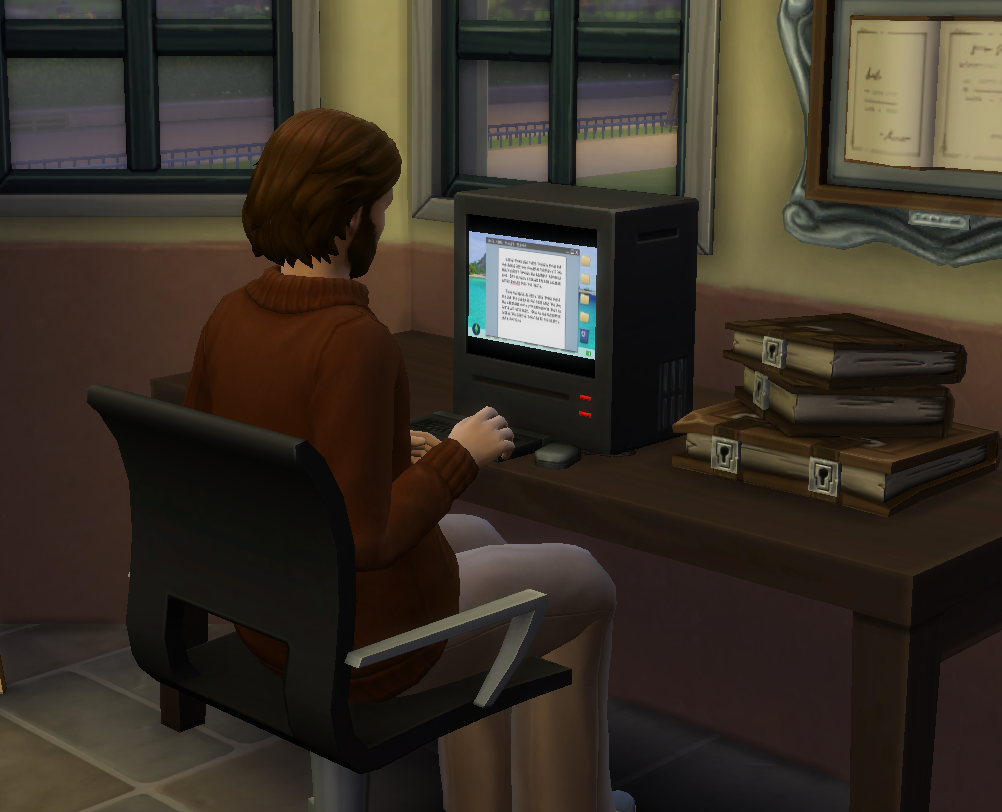 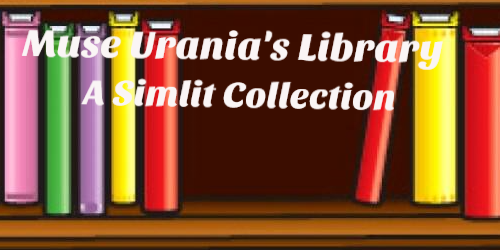