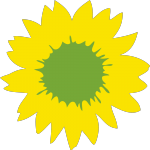 DcD2510 Posts: 646 Member
December 2017 in The Sims (2000)
Hi all, Please move if not in the right place, but here goes: BTW, not much political Speak here, we don't need people who love or hate single payer, for example being rude to others or debating, this is not the place for debate, we don't want to get shut down.
I would love a SimHealth 2, not exactly like the other one, I would love it to be 3D. Here are my ideas:

1. Have policies that reflect modern day politicians such as Bernie Sanders "Medicare for All" Proposal, and Hillary Clinton/Barack Obama style policies and then also Republican policies that have no public health or way less of it.
2. Have multiple countries, so let us explore different Healthcare systems like in Australia we have our Medicare, but maybe I want to expand it to cover Dental etc. or Privatise or completely Abolish it.
3. People in different countries should have different opinions, for example, in Australia, most Australians like Medicare, which is a Multi Payer system.
4. Create Policies and also campaign for different levels of office, for example, I might campaign for the Green Party in Australia, I might put on a great campaign and energise people and win, or I might put on a poor campaign and lose and have to deal with being the opposition leader and try to negotiate and get a bill through.
5. Create Sims in the Sims 4 and import sims into the game, this would let us make ourselves.
6. More ideas to come!


Give me your thoughts
0