White
Sign In · Register
Home› Feedback› The Sims 4 Ideas Corner
July 1st- It's time for our Friday Highlights! You can check them out here!
The Sims 4: High School Years EP launches July 28th! Click here to find out more! 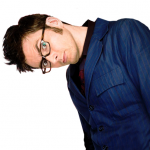 Aine Posts: 2,964 Member
November 2017 edited November 2017 in The Sims 4 Ideas Corner
I woke up in the middle of the night with a game pack idea in my head, so I thought I'd write it down here.

Improved ghosts and ghost needs
The idea is to make sim ghosts more ghost like and less like transparent sims. First of all they need their own need bars, as they're starting a new phase in their (after) life. Ghosts can have their bonus ghost traits that they get when their sim lives end. Ghosts have different needs than alive sims - their needs revolve around their unfinished business, mainly haunting sims and lots. One need could be 'haunt' where ghosts could do all kinds of mischievous things, depending on their afterlife skill. Another need could be 'scare' - ghosts need to make their presence known in order to keep their tether to the sim world. More interactions would appear the higher Afterlife skill the ghost achieves. Update: on second thought 'scare' might not be the best way of putting it, but ectoplasm would be an awesome need for ghosts! (thanks @Dannydanbo )
Ghost needs:
Acitivity (as in Spooky acitivty, spiritual activity) - It motivates the ghosts to try to interact with the living world, either by creating chaos, or creating peace, or simply being mischievous (neutral).
Ectoplasm - The the energy which ghosts are made of, without it they dwindle, become invisible and powerless. Ectoplasm can be replenished by 'stepping into the twilight' a place between dark and light, in the dust of a light beam. Ghosts disappear for while and when they've replenished their ectoplasm, they appear again. Ectoplasm can also be found around the world, only visible to ghosts, they can 'absorb' the green gooey stuff and buy some more time before they have to 'step into the twilight' again - it's the coffee for ghosts.

Afterlife Skill
Afterlife game pack comes with a new skill for ghosts. Alive sims start out not being able to see ghosts, but ghosts can still make their presence known by making noises, move things around and make creepy spectacles all over the lot. Sims will ask themselves what on earth is going on when creepy noises appear in the night and things start to move and float around mid air. Ghosts will be particularly powerful during the night. Ghosts don't need to sleep, but during day time everything seems to go more slowly, and things seems pointless and almost as if they're not there, it's like ghosts kinda have day depression, as if the light makes them drowsy and calm. As ghosts get higher Afterlife skill, they unlock new interactions and can even make sims with low psychic skill see them! Be careful though, because if the sim have the 'don't believe in ghosts' trait, they won't see you no matter what you do. They might shrug confusingly as things things move around, but that's all.

Psychic skill and and career
There's a new psychic skill (that could be an active career, but that might be too much for a game pack, not sure) that goes with the new psychic skill. Ofcourse you don't have to work as a psychic to be psychic, or level up the psychic skill. Sims can't see ghosts at level 1 of psychic skill, but they start to learn about ghosts and after life right away, and start practicing contacting sims that have moved on. On the lower levels of the psychic skill, sims learn to communicate with sim spirits using charms, herbs and potions. With these new skills sims can either repel or invite sim ghosts to their lot. On the higher levels of the psychic skill, sims can communicate more clearly with ghosts, be able to see ghosts and talk to them, and help them move on. Ghosts aren't very good at interacting with the world sometimes, so a good psychic can help fulfilling their unfinished business.
In the psychic career, sims start by doing séances and helping with ghost problems, and as they reach higher career levels, they can help out with police investigations and find missing sims (and pets).

Unfinished business
All ghosts have their own 'unfinished business' - it's the afterlife equivalent of an aspiration, and can be somewhat similar to the aspirations the ghosts had when they were alive sims, but is not directly linked. One ghost might want to witness a family grow and have a certain amount of kids. Or they might want to help sims find love. Ghosts can be either good-natured or bad-natured which is set by their trait, and they don't have aspirations as alive sims do, instead their unfinished business is directly linked to their ghost trait. When a sim dies on the lot, you will be able to choose a ghost trait that are added to their traits, which will in turn decide the 'unfinished business'. Bad-natured ghosts don't want to help sims as their unfinished business, but rather wreck as much as they can, haunt a wedding, scare the kids etc. When a ghost sim has achieved their goal, they are at peace and can move on, if they want. Update: Maybe, instead of choosing aspiration like goals, ghosts choose alignment tracks that determine what will give the ghost peace and the ability to move on. So when a sim dies, the player get to choose good, bad or neutral. Or a track will be automatically assigned to them if they are not on an active lot.


Cemetery lot and funeral events
The game pack comes with a new functional cemetery lot where sims that dies on the world are moved, and their urn/tombstone are moved aswell. Unless the dying sim is on the active lot, then you get to choose if you want to move the ghost to the cemetery lot or not. When ghosts are moved manually, they carry their tombstone/urn with them.
When sims die, you can plan a funeral event, where you invite sims to the cemetery lot to have a funeral and mourn, and have dark chocolate cake, while you hand out handkerchiefs to the guests. There's alot of crying going on and sims tell stories about the dead sim to each other. When you plan a funeral, a sim must have died in the world, then you choose which sim you want to have a funeral for, it could be any dead sim. Then you choose location, and you can have the funeral on the active lot or the cemetery lot, but whichever you choose the dead sims you have the funeral for and their tombstone/urn will be moved to that lot. You can choose to just mourn in front of the tombstone/urn, or you can place a casket for sims to place flowers on and say their goodbyes to.

Vampires
Since vampires also are technically dead, they should be able to at least see ghosts, and maybe interact with ghosts easier than normal sims. Maybe there's other awesome interactions that could be added between these supernatural life states?


This is just a start of an idea I had, and I'm sure there's alot you can do with this. What do you guys think about this idea, and what kind of features and interactions would you want in an Afterlife pack?