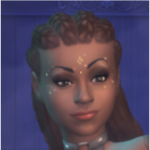 simgirl1010 Posts: 29,932 Member
November 2017 in The Sims FreePlay
Is back for those who didn't get a chance to complete it. I was able to unlock all prizes but was unable to purchase the last two. Should be fairly easy to get the Chateau this time.
💚 TS4
Things are as they are. Always hope. But never expect.
1