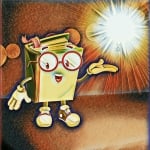 Erpe Posts: 5,872 Member
October 2017 in The Sims FreePlay
The game has becom very unstable on my iPad Air 2 since the last update one or two weeks ago. I got an answer from the Firemonkeys support that told me to close all other apps while I am playing and maybe even reinstall the game. But the problem still is there.

The answer also told me to uninstall other apps to free up space on my device. But I still have about 20 gb free out of the 128 gb on my device and I think that 20 gb free should be much more than needed for this game

I was also told that the problem could be caused by assets which weren't downloaded correctly (which was the reason why a reinstall of the game maybe could help). But I don't think so because the problem isn't there all the time. Sometimes it is gone for one or two days. But then it returns. This indicates to me that the problem maybe can have something to do with an overloaded game server instead?

What happens is that the game starts crashing under the startup. Sometimes the problem is solved after just restarting the game one or two times. But sometimes this isn't enough. Then after about 5 attempts to start the game up it suddenly works. But after that many attempts the game usually resets itself in the sense that all tasks are dropped by my sims and all the sims who were sent to work are suddenly back home. They are still wearing the their clothes for work though and they can't usually be sent back to work because "they have already worked today" even though they haven't. (I have 34 sims in the game.)