White
Sign In · Register
Home› The Sims 3› Creative Corner› The Sims 3 Stories and Legacies
Sul sul Simmers! For 24 hours, starting on 6AM PT today, May 6th, you can share what's on your mind in the Sims 411 Feedback thread for the next Inside Maxis livestream. 😃
April 30 - It's time for our Friday Highlights! You can check them out here!

The Wysehearts: 50 Foals Challenge (THIS THREAD IS DEAD...NEW ONE MADE) 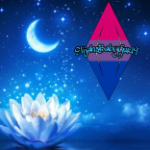 ElijahsBabyGurl9 Posts: 1,326 Member
October 2017 edited May 2018 in The Sims 3 Stories and Legacies
Greetings. I’d like to welcome you back to my Wyseheart 50 Foals/F.E.G.G. Challenge. I attempted a challenge with this family a few years back but my save got corrupted now I'm ready to try again.

Sire: Lucky (was given a coat makeover after purchase)