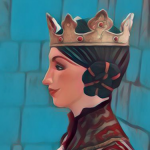 Note:
Hello everyone! I'm 15aewar here and on Origin, and Rendora everywhere else. Welcome! I've been inspired by many of the fabulous writers here to revise the prologue to the Shadow Over Newcrest Challenge. When I started this project, my focus was on building and creating sims for the Progenitor to interact with; they would be toys for him to interact with and dispose of as he saw fit. Over time, I grew more attached to the sims I made. The townies started sprouting stories. Now their roots are inextricably intertwined.

If you're so inclined, the old thread is posted here, along with videos of the builds and my own commentary. Be forewarned, however: the stories there are not representative of what I wish the final project to be. Also, spoilers. You can find the official, current website here: https://rendorasims.wordpress.com/

The stories may (still) be unpolished, but I hope to capture some of what makes the Cthulhu mythos so compelling.

Keeping Up with the Slayers
Book O' Spells: The Life and Times of Lady Ravendancer Goth
The Shadow Over Newcrest - Revised Story Blog
1