White
Sign In · Register
Home› Creative Corner› The Sims 4 Challenges, Stories and Legacies
January 8 - Is everyone ready for the Friday Highlights? Check them out here.
Welcome to all new Simmers joining us over the holiday season! 🎉 Have fun on the forum and please make sure you check out the forum rules and
the rules about necroposting.
December 22 - It's the time of year again: Join the 12 Days of Simsmas! 🎄

A Rain and Fire Legacy 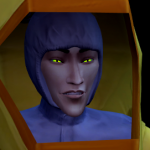 Welcome to the Rain and Fire legacy! I'd like to start with a quick overview of how I play. I'm fast and loose with legacy rules. No points, no attempting to plead for anyone's life when the Reaper shows up. No use of any cheats minus the ones that remove money from the household as necessary. No spouses bring money when they move in and everyone is welcome to getting a job or not. I don't acquire any reward traits and only on occasion will I purchase a potion to give energy. I'll use one age-lengthening potion only if a sim has had so many children and been delayed so long in aging that it distorts the dynamic with the spouse or other relatives.

This campaign will technically be dual legacy, thus the 'and' in the title. In regard to those individual legacies, I'll be doing most likely first-born as heir. There is, of course, always leeway if I so choose, and I will make decisions based on storytelling if I've deemed it a good idea.

I play with a mix of plot-driven and game-driven elements. I love to see how things turn out on their own, but if there's a direction I'd like to see the story take, I won't say no. As a heads up, I unfortunately in the beginning did not take nearly as many pictures as I would have preferred. However, because I very much want to post this Legacy, for the first few chapters time might take some odd leaps forward here and there.