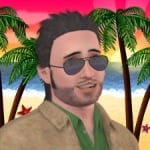 Lexers615 Posts: 1,143 Member
September 2017 edited September 2017 in Builders
For some very specific reasons, I absolutely need some "Foreign Nationals" in my active household. I tried editing China, France and Egypt, and moved some households to the library, to latter start a new game using them, but they seem to have lost their special nationality "Hidden Trait" that way... In three attempts, they all lost it (Chinese chopsticks, French cheek kiss, etc...)

My next thought was to create a resort and use "DebugEnabler" to force some of the attracted "Foreign National" NPCs to join my household. Based on your experience, would it work, or would they lose their "Hidden Trait" that way too?

Also, once I'll have them in my household, I'm likely to have to "Edit", "Change Traits" and "Rename" them through the "Edit in CAS" of "TestingCheatsEnabled" and then have some eat some cake to turn them into seniors. Again, based on your experience, would it work, or would any of those steps make them lose their "Hidden Trait"?

Thanks!
My Studio
My Traits: Socially Awkward / Artistic / Family Oriented / Hopelessly Romantic / Absent Minded
Academic Trait: Adventurous
Social Group Trait (Should I ever become "Nerd" enough): Computer Whiz
______
“Instead of putting players in the role of Luke Skywalker, or Frodo Baggins, I'd rather put them in the role of George Lucas.” Will Wright
"Anything that can go wrong will go wrong." Cpt. Edward A. Murphy Jr, USAF