White
Sign In · Register
Home› The Sims FreePlay
June 24th- It's time for our Friday Highlights! You can check them out here! 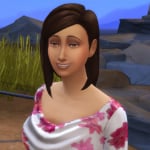 I'm looking for an active friend or two to help complete my social point quests. I'm finding it difficult to complete some quests if my friends don't have the items placed in their neighborhood.

I myself have a large pink house in the corner of my neighborhood where I place as many unique items as I can to be useful for social point quests. If you ever find that an item is missing that you need, just let me know and I'll add to the house!

I'm happy to connect via game center or facebook. Feel free to message me if you want to keep your name private!