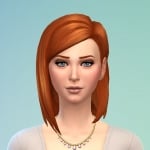 ClassicalSim Posts: 1,518 Member
August 2017 in The Sims FreePlay
I uploaded my save data to the cloud and downloaded it to another device, so I had the exact same game on 2 devices. I’m behind on the Mean Curls event and thought if I did it on 2 different devices at the same time I would be able to find those elusive pink ChiChi shoes more quickly without having to buy more Fashion Studios.

But as I played the game on both devices side by side I discovered something puzzling. Each time I completed a 10 minute session on the Fashion Studio each Sim and it’s “twin” on the other device got the exact same piece of clothing. So if “Sim A” on the first device found the brown hat, then “Sim A” on the second device also found the brown hat. Every single Sim and their “twin” always found the exact same item without exception.

So, I decided to test it on the cooking hobby. I had 2 Sims cooking when I uploaded to the cloud so I had them both doing it on both devices. Same thing happened. I tested it over and over and it never varied.

Wouldn’t this mean it’s not random, that it’s predetermined which items we’ll find? This would explain why I can play on my iPad and Kindle Fire side by side and almost never be able to complete these events on my iPad, but can easily on my Kindle.

This is almost making me not want to play anymore.
0