Do you think they'll give us Werewolves? 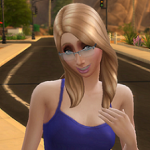 5782341b77vl Posts: 6,572 Member
July 2017 in The Sims 4 Speculation and Rumor
I'm not talking about the big "puppies" from Sims3 but beasts from historical folk lore type of Werewolves! What self-respecting Werewolf would play fetch, let you rub their belly, or smack them on the nose with a rolled up newspaper?

Also, Sims that get attacked by a werewolf should include scratches - nothing gory since it's TEEN rated - just scratch lines. Maybe red to simulate open wounds (not bleeding, just an open wound).

I think the problem with Sims3 werewolves was that they were trying to give us several lifestates at once instead of focusing on one at a time. Compare the Sims3 vampires to Sims4 vampires and you kinda see what I mean. Sims4 vampires have their own pack and better than Sims3 - changing to dark forms, strengths and weaknesses, NO SPRINKLES, (please don't make me go further). I genuinely feel that it's because they focused on ONE type of lifestate instead of trying to do several at one time.

So what you think? Is there going to be Werewolves Game Pack SOMEWHERE along the line?
...AND WASH YOUR DING-DANG HANDS!
10