White
Sign In · Register
Home› Discussion› The Sims 4 Speculation and Rumor
January 15 - Is everyone ready for the Friday Highlights? Check them out here.
Welcome to all new Simmers joining us over the holiday season! 🎉 Have fun on the forum and please make sure you check out the forum rules and
the rules about necroposting.
December 22 - It's the time of year again: Join the 12 Days of Simsmas! 🎄

Q: What do you get when you cross seasons with pets? 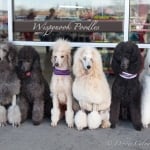 That is the joke written on a holiday cracker in the Sims 4 game. So what do you think, will we be getting seasons along with Pets in a mash up?
8