White
Sign In · Register
Home› The Sims Mobile General Discussion & Feedback
February 3rd- It's time for our Friday Highlights! You can check them out here! 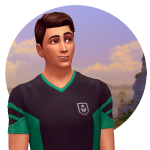 dogboy678 Posts: 200 Member
May 2017 in The Sims Mobile General Discussion & Feedback
I am so excited for the Sims mobile! This is what I've been wanting from the Sims! We had the Sims Freeplay which I hate, with its useless expensive dlc, to waiting 10 minute for your sims to eat lunch, it's just terrible imo. I've been wanting a real sims game on mobile and this game looks awesome. I know it's on mobile so they will have limitations. I will talk about my worries/things I don't like though, since the trailer didn't show us a lot. I will also say things I like.

-Why are the heads so big? I know they are going for a quirky vibe but it's honestly kind of annoying

-This will be different from the Sims Freeplay right? I won't play if I have to wait hours for my sims to do simple tasks like: watch tv or eat lunch

-I love seeing all the stuff from the Sims 4 dlc put into the game I found that neat!

But Overall I'm really excited if this a real sims game on mobile!
3