White
Sign In · Register
Home› The Sims FreePlay
Simmers! Did you miss the Behind the Sims Livestream on Twitch? You can still check it out here. You can also follow along in the dedicated thread here as well.
It's Patch day! The latest update is now live for The Sims 4 which includes a whole heap of bug fixes and console improvements. Click here to read the notes.
January 27th- It's time for our Friday Highlights! You can check them out here!

This game is no longer fun and many are quitting 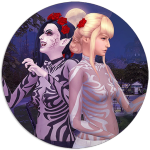 Wulfsimmer Posts: 4,381 Member
April 2017 edited April 2017 in The Sims FreePlay
I hope you guys, the devs, realize that stuffing events over and over again with the endless grind for a stupid little animation that you watch only once for 2 minutes and never again will not amuse us forever. I, myself, have quit the game after getting infuriated with the same content being recycled again and again. I am in no way saying we shouldn't have challenges....BUT NOT EVERY FREAKING UPDATE....I just want FOR ONCE...ONLY ONCE to get an update that is not locked behind grinding...JUST ONCE. And don't get me started on the daycare update. NOT ONE...NOT A SINGLE OBJECT IS NEW...everything is just redesigned. @SimGuruEmma Will we get actual new stuff in the next update or something?
Post edited by Wulfsimmer on April 2017

WHAT DID YOU JUST SAY?
6