White
Sign In · Register
Home› The Sims 3› Creative Corner› The Sims 3 Builders
Fresh off the press - the April 13 Laundry List! Click here to find out more!
April 16 - It's time for our Friday Highlights! You can check them out here!
Welcome to all NEW SIMMERS joining us on the Sims forum! 🎉 Have fun on the forum and please make sure you check out the forum rules and
the rules about necroposting.
Sul sul Simmers! It's awesim to see that so many of you are starting new and interesting discussions! But please make sure that you do so in the right forum section. Thank you! 🙂 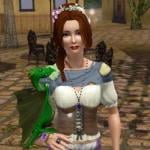 MiaSkywalker Posts: 3,254 Member
January 2017 edited January 2017 in The Sims 3 Builders
Many of us are familiar with the buddy gift exchanges (on the Gifting forum) that come around a few times a year. I've decided I wanted to try something a little different, a sort of round-robin build exchange. It will be a bit more work, but we'll all be able to stretch our creativity a lot more, and I'm hoping we all get to learn a lot from each other while we do this. Because of the nature of how I want to design this, it will be for builds only. Therefore, no Sims will be asked or given as gifts; it will be purely for residential and commercial lots. I want to point out that the main point of this is to learn more about techniques in building.

The rotations will go on until you would hit your own name, then we will stop. This means that each person will be making one build for each of the other participants, and will be receiving a build from each of the other participants. We will be stretching our creative abilities a bit more, because, since we will be trying to give them builds that will fit their gameplay needs, we will have a chance to try different kinds of builds.

If someone needs to pull out of the round robin early, then all participants will move down one number, skipping that one participant for the rest of the round-robin. If a participant fails to produce a build for a round without voluntarily withdrawing, they will be removed from the round-robin as well. In the latter situation, if we do another round-robin exchange at a later date, that person will be ineligible to participate. No exceptions will be made to this.

Each participant can list several styles s/he is interested in, and the person building for that person during that round can choose from those styles. If you choose to make a build in a style that turns out to be too complex, then don't panic; if you've been posting your progress as you go, we will know that you tried, plus you can get advice and tips on how to do things from other participants, that might help you figure out how to do things that otherwise you might find confusing or difficult. The point in this is to learn to do things that we've never tried before, or aren't all that great at yet, and to hopefully improve on what we can each create.

I don't want to include Sims in this, because there's a different kind of work involved in creating Sims than there is in building lots. We may have a round-robin exchange at a later date that includes Sims, or is specifically for Sims, but that will be discussed at a later time.

If a participant wants to modify his/her wishlist as we go, that's perfectly acceptable. If you change your wishlist during a round, it won't affect the person currently building for you, but the person who comes next will look at the new wishlist. Also, don't repeat a type of build that someone has already done. For instance, if I were to make someone a medieval cheesemaker's shop, then on the next round, someone else shouldn't also make a medieval cheesemaker's shop. That would become a bit redundant.

One final rule, and it's the most important: There is to be NO CC or CAP in any of these builds! All builds will be checked with Custard - if ANY CC shows up, it needs to be removed. This is including any in-game photograph that shows up as CC. I will take no risks that real CC isn't involved, so if Custard shows that there is CC, it will need to be removed. There will be no exceptions to this. If you try to remove it and are having trouble finding it, that can happen sometimes. But if you make no effort - or insufficient effort - to remove the CC, you will be removed from the participant list and will not be allowed to join in any later round robins. There will be NO EXCEPTIONS to this rule.

NOTE: This is for SIMS 3 only! No Sims 4 builds or wishlists, please!
Post edited by MiaSkywalker on January 2017
My Sims 3 Profile Page, since the forums don't connect to our Sims 3 profiles anymore.
The only kind of garden I can grow is a virtual one.
Dragons - must haz dragons!
2