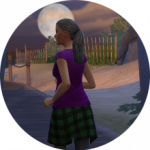 CathyTea Posts: 22,994 Member
January 2017 edited May 2017 in The Sims 4 Challenges, Stories and Legacies
Do you have a Sim (or two) who would like to share thoughts, ideas, and stories through correspondence with another Sim? If so, then the Pen Pal Project might be just for you!