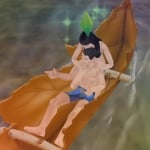 MingYangYo Posts: 362 Member
January 2017 in The Sims FreePlay
My game just doesn't work anymore I'm having so many problems with time glitches and it's giving me anxiety. I'm missing the most important stuff because glitches and it's not fair I don't want to start over! I had a day left for this stupid quest and I missed out on the prize >=[ this game is impossible now!
Let me in I got a heart of gold