White
Sign In · Register
Home› The Sims 3› Creative Corner› The Sims 3 Sims and Modeling
September 24 - Everyone ready for the Friday Highlight? It's ready for you here! 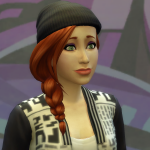 elmo_gurl112 Posts: 776 Member
December 2016 in The Sims 3 Sims and Modeling
Im not sure if there is already a thread for this, If so I am sorry but I couldnt find one. I thought it would be nice for people to have a place to just upload random photo they have taken in game it can be of anything, Kids, Cowplants, silly things your sims do or cute romances. Feel free to upload any cute/funny/sad photos you have taken in Sims 4