White
Sign In · Register
Home› Discussion› The Sims 4 Packs Discussion
October 15th- It's time for our Friday Highlights! You can check them out here! 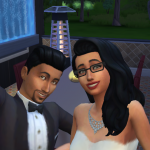 IceDrizzle27 Posts: 648 Member
October 2016 in The Sims 4 Packs Discussion
So I watched a couple of reviews/vids, but haven't seen anyone mention this...

I forgot exactly which livestream it was when SimguruJen, I believe that's her name, mentioned that one of the premades was pregnant and that would be a new feature in CAS. Has anyone explored this feature or learned more info. on this. I was REALLY interested in this.
1