The Watergates, A Sims 4 Drama 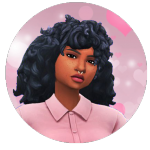 Chancelor Watergate, the richest man in California, and his family are deemed perfect to other families. Unfortunately, that is not true at all. Chance grew up poor in the city of San Myshuno trying to find a way out. It was difficult for him to learn in class, because of all the interruptions, but he managed to graduate out of high school and go on to college. On the other hand, his wife Cherylanne did not know what hardships were. She began her life in Willow Creek and had everything she needed and more. But, she saw a lot of violence in her household. Chance and Cheryl made a promise that they would give their children the lives they never had, but even with all the money they have, their children's lives might just end up worse than theirs.
Post edited by ilovebunnys65 on February 2017
5